1 in stock (can be backordered)

The 16th and 17th centuries, containing as they did the Renaissance and the Age of Enlightenment that followed, were an age of considerable intellectual furor and intense human endeavor in many fields. Royal princes patronized painters, musicians, scholars, architects and the practitioners of many other skills such as engineering. A prince ought to be master of a vast range of accomplishments, according to the ideals of the age; equitation belonged to these as one of the most indispensable, in peace and in war alike. Riding as a fine art emanated from Italy, from the Napoles region in particular, yet it was the great courts of France and Austria that provided the grandeur and set the stage for the magnificent mounted caroussels where this refined equitation would be perfected and produced before large and fashionable audiences.

Antione de Pluvinel lived from 1555 to 1620. Of gentle birth, he was a courtier to three kings of France: Henry III, Henry IV, and Louis XIII. He studied equitation from an early age, and spent six years as a pupil of the great Giovanni Battista Pignatelli in Napoles (southern Italy). When de Pluvinel returned to France, he opened an academy for young gentlemen at the Faubourg St. Honoré, where the subjects of music, literature, painting, mathematics, and riding were taught. Monsieur de Pluvinel’s reputation for honesty and his clarity of method in teaching were such that he was appointed governor to the Dauphin (the future Louis XIII). The fact that de Pluvinel’s pupils understood him so well and were themselves, people of importance, helped spread his fame abroad and caused people to accept his methods. Thus, de Pluvinel forged a definite link between the Neapolitan school of riding and the French school of riding. Pignatelli, through his student was instrumental in initiating the French ‘Golden Age of Equitation,’ an era of exploration of training as a high art, funded by the royal coffers that would last for two hundred years, until that aristocratic focus was ended by the French Revolution.

Le Maneige Royal takes the form of a dialogue between master and pupil. The Master, de Pluvinel and the Pupil, the Dauphin. This work describes not only the progress of the royal pupil but also de Pluvinel’s desire to develop a more humane approach to training horses. His bits and spurs are considerably modified when compared to those of his predecessors. In this respect, the influence of de Pluvinel is most clearly reflected, in terms of English masters, in the difference between the last considerable master before his day—Blundeville—and the first after him—The Duke of Newcastle. Much barbarity had been shed in the interval which was filled by de Pluvinel’s teaching. Among other things, de Pluvinel was the first riding master to describe all of the High School movements and aids, and is believed to have been the first to use pillars for training horses.

The original publication of the work was not without incident. During a visit to Holland, de Pluvinel met a certain Crispin de Pas, an artist whom he engaged as drawing-master for his academy. He then asked de Pas to make the engravings for his manuscript, L’Instruction du Roy. However, before the book could be published, de Pluvinel died. He had been engaged in revising it at the time of his death. After de Pluvinel’s death, de Pas obtained an unrevised copy of the manuscript from a servant named Peyrol. Then in 1623, de Pas, published this unrevised and unfinished manuscript, with his own engravings with the title, Le Maneige Royal. All of this was done without the consent of de Pluvinel’s literary executor, René Menou de Charnizay who had official custody of the revised manuscript. Eventually, after many difficulties, René Menou de Charnizay rewrote the text of Le Maneige Royal in 1625 and later obtained the plates of the de Pas engravings—which incidentally are wonderful examples not only of a horse’s position but also of the fashions of the day. Thus, in 1626, the book was produced in its present form. Le Maneige Royal is an extremely important equestrian classic, which is also of vast artistic and historical interest and merit. Xenophon Press is pleased to make this work available once more to the English speaking world.

Unquestionably one of the most important books ever written about the art of horsemanship, de Pluvinel’s treatise is complete with the celebrated illustrations by Crispin de Pas. Translated from the 1926 edition, this is the foundation stone of any collection of equestrian literature. Pluvinel’s “Le Maneige Royal” was published posthumously in 1625 in its complete form with beautiful engravings by the Flemish engraver Crispijn van de Passe II, edited by Pluvinel’s friend Menou de Charnizay, under its definitive name “L’Instruction du Roy en l’exercice de monter a cheval” (“Teaching the King how to ride a horse”). Pluvinel is perhaps most well-known for his kind, humane training methods. Pluvinel used praise, careful use of aids, and softer bits (simple curb bits) to get the horse to work with him. He is also known for his extensive use of the pillars in his training of collection and levade. Additionally, he employed the two-track movements, such as shoulder-in, and voltes to supple the horse. His theories include that the horse must take pleasure in work, due to gentle, understanding riding, and that such a horse will move much more gracefully if he enjoys being ridden. Hardback, clothbound, silver embossed, stamped cover comes shrink-wrapped, gift quality. Translated by Hilda Nelson.

Be the first to review “The Maneige Royal, or L’Instruction du Roy, de Pluvinel” Cancel reply 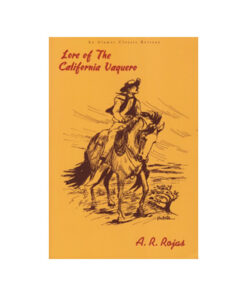