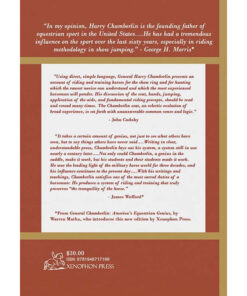 “In my opinion, Harry Chamberlin is the founding father of equestrian sport in the United States. He has had a tremendous influence on the sport over the last sixty years, especially in riding methodology in show jumping.”
– George H. Morris*

“Using direct, simple language, General Harry Chamberlin presents an account of riding and training horses for the show ring and for hunting which the rawest novice can understand and which the most experienced horseman will ponder. His discussion of the seat, hands, jumping, application of the aids, and fundamental riding precepts, should be read and reread many times. The Chamberlin seat, an eclectic evolution of broad experience, is set forth with unanswerable common sense and logic.”
– John Cudahy

“It takes a certain amount of genius, not just to see what others have seen, but to say things others have never said. Writing in clear, understandable prose, Chamberlin lays out his system, a system still in use nearly a century later. Not only could Chamberlin, a genius in the saddle, make it work, but his students and their students made it work. He was the leading light of the military horse world for three decades, and his influence continues to the present day. With his writings and teachings, Chamberlin satisfies one of the most sacred duties of a horseman: He produces a system of riding and training that truly preserves “the tranquility of the horse.”
– James Wofford* 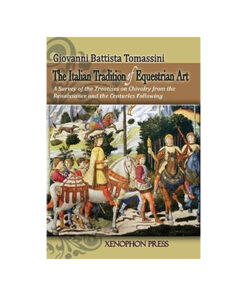