Among this year’s featured speakers/presenters – Rodeo icon, Ty Murray, a vocal and passionate ambassador for natural horsemanship; Buck Brannaman, whose presentations emphasized the horse first and foremost, above all else. The founder of foal imprinting Dr. Robert Miller, at 95 years of age, also proved to be a compelling speaker. All three individuals received special recognition and awards during the natural horsemanship conference – Ty Murray, the Equine Icon Award; Buck Brannaman, the Lifetime Achievement Award; and Dr. Robert Miller, a special award for Advancing Our Understanding of the Young Horse.

Other speakers included Dr. Stephen Peters, a world-renowned equine neuro-scientist who enlightened horse lovers from all over the world about the unique and critical aspects of the horse brain. Dr. Peters program featured a horse brain dissection. Dr. Anne Perkins, founder of Anthrozoology wowed delegates with new and ground breaking research about the genetic co-evolution of the horse-human connection. Kansas Carradine, an international equestrian performer and advocate for the spiritual aspects of the horse-human connection along with Manu and Caroline Godin of Haras de la Cense, introduced audiences to the international perspectives and historical implications of the horse-human relationship. Dr. Glenn Blodgett, a former AQHA president and lead veterinarian of the famous 4-Sixes Ranch in Texas, focused on the most critical aspects of breeding.

This year’s Conference combined award-winning films and in one of the most difficult festival judging years, two films tied for Best of Festival. “The Mustangs – America’s Wild Horses” by Emmy award winning producer Steven Latham, tied with “American Horses,” produced by Grizzly Films and Eric Bendick, a Montana based filmmaker. “American Horses” aired earlier this year on PBS Nature.

A significant entry this year came from up-and-coming, new filmmaker Luke Linderman, who followed and documented Ty Murray’s unique training perspective taking a Clydesdale filly and training her (Rosie) to be a great cow/ranch horse. Awarded the Changemaker Award and Best Training Film, among other awards, “Un-Tyed – Building Rosie” had its world premiere at the Montana Center for Horsemanship this year. Altogether, more than 20 award winning films from this year’s EQUUS International, screened throughout the 4-day event.

Next year, the organizers are planning more films, along with an international lineup of the world’s leading horsemen and horsewomen, filmmakers, presenters, researchers and scientists focused on advancing education, knowledge, understanding and research on the breadth and scope and historical imperatives of the horse-human relationship and partnership with natural horsemanship as the foundation of all horse training and education. The Montana Center for Horsemanship is the only equine education center in the U.S. focused solely on natural horsemanship. It also offers the nation’s first and only 4-year university degree in natural horsemanship in partnership with the University of Montana Western.

The mission of the Montana Center for Horsemanship: To help every horse and person make the most of their respective lives; to enable horses to learn effectively and experience “horse happiness” through the process of Natural Horsemanship; to help individuals achieve personal and professional success in the equine fields 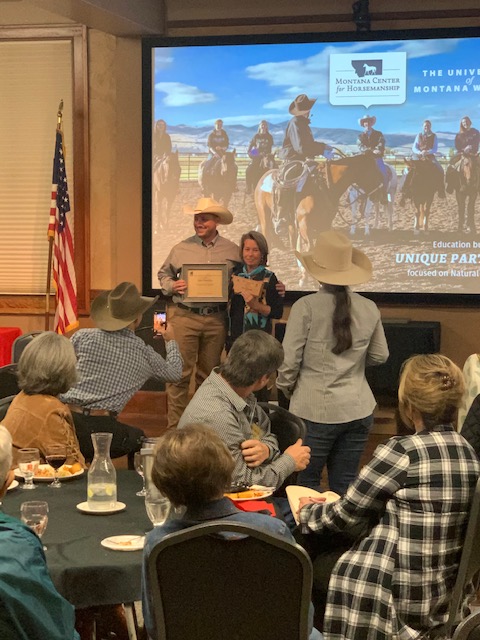 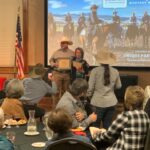 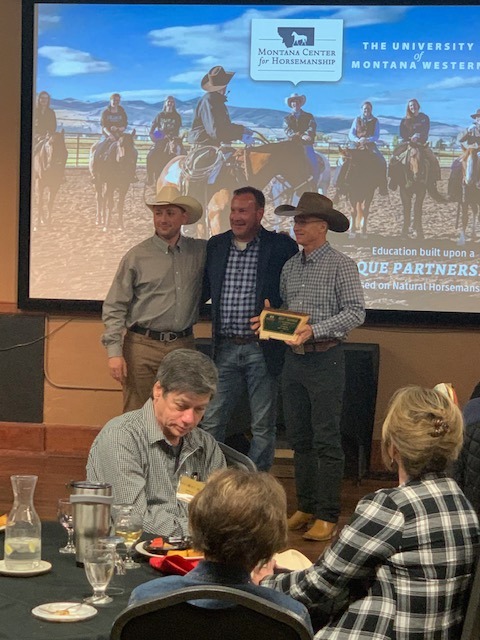 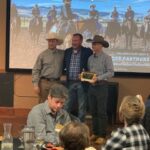 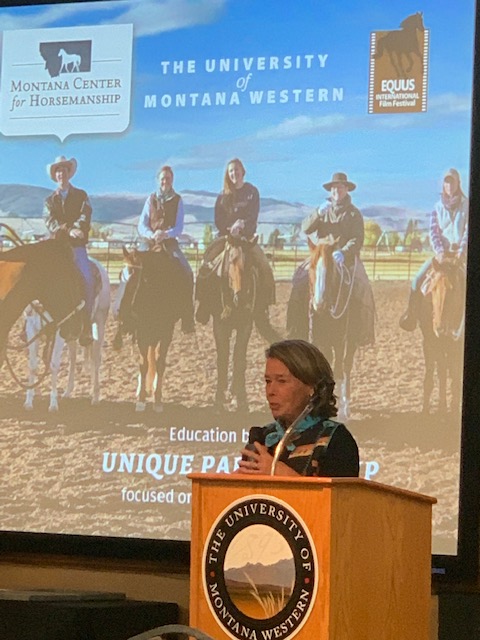 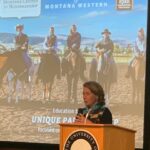 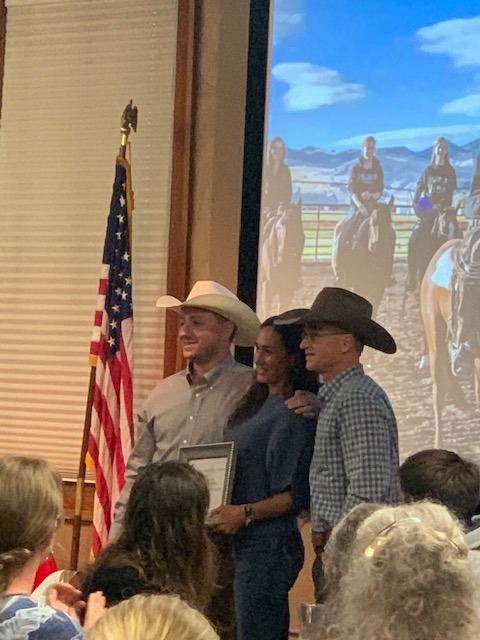 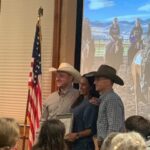 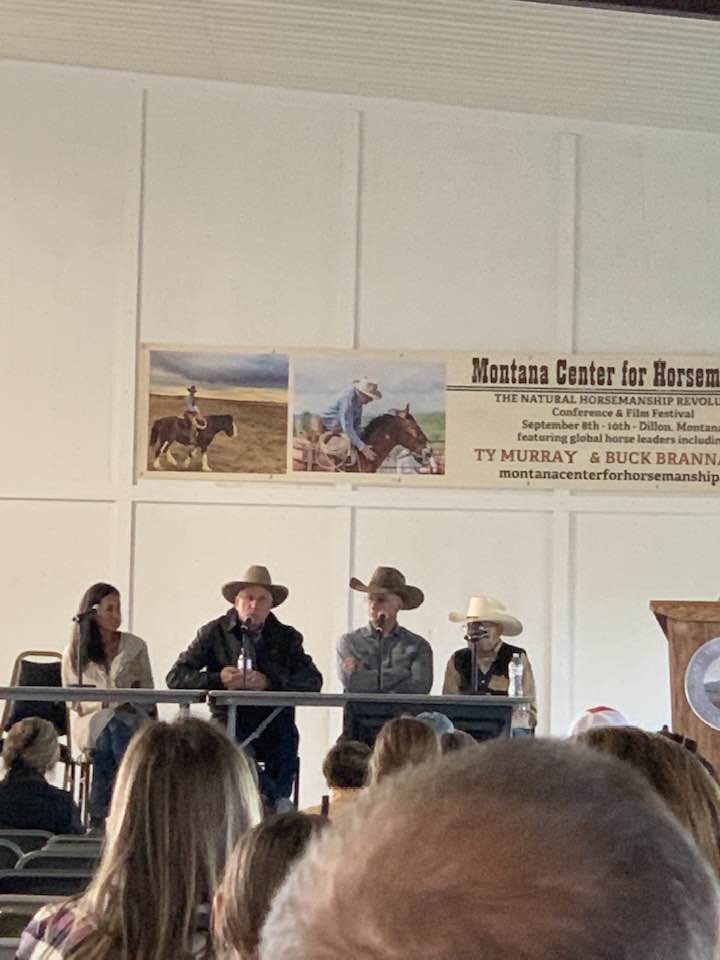 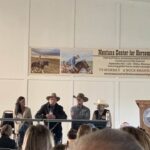 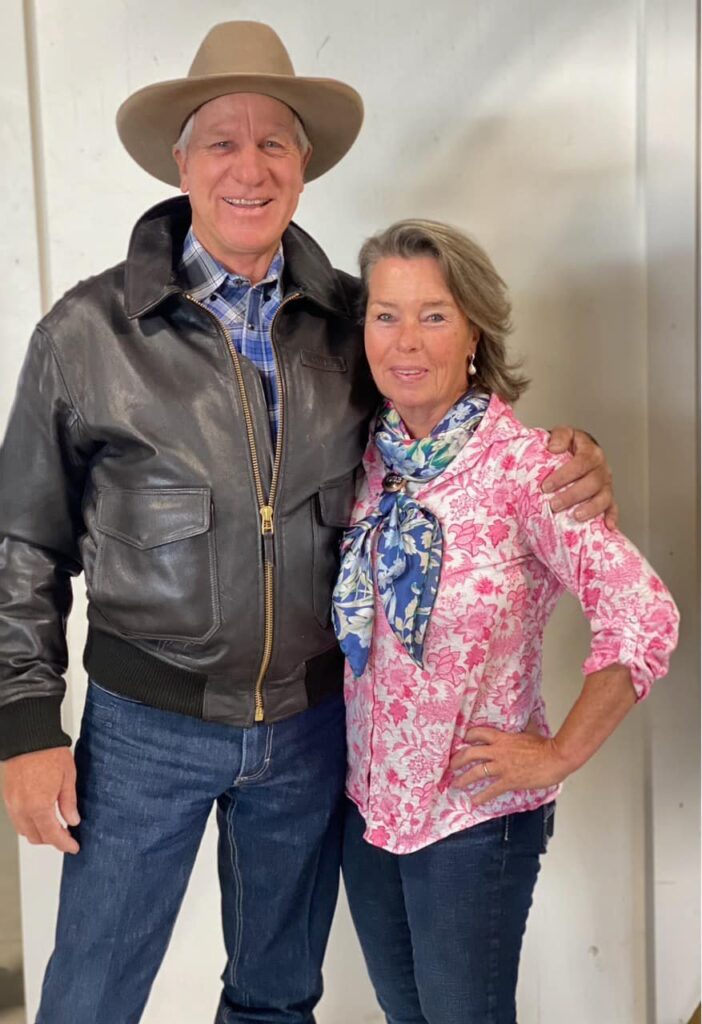 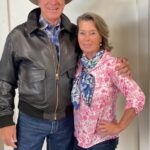 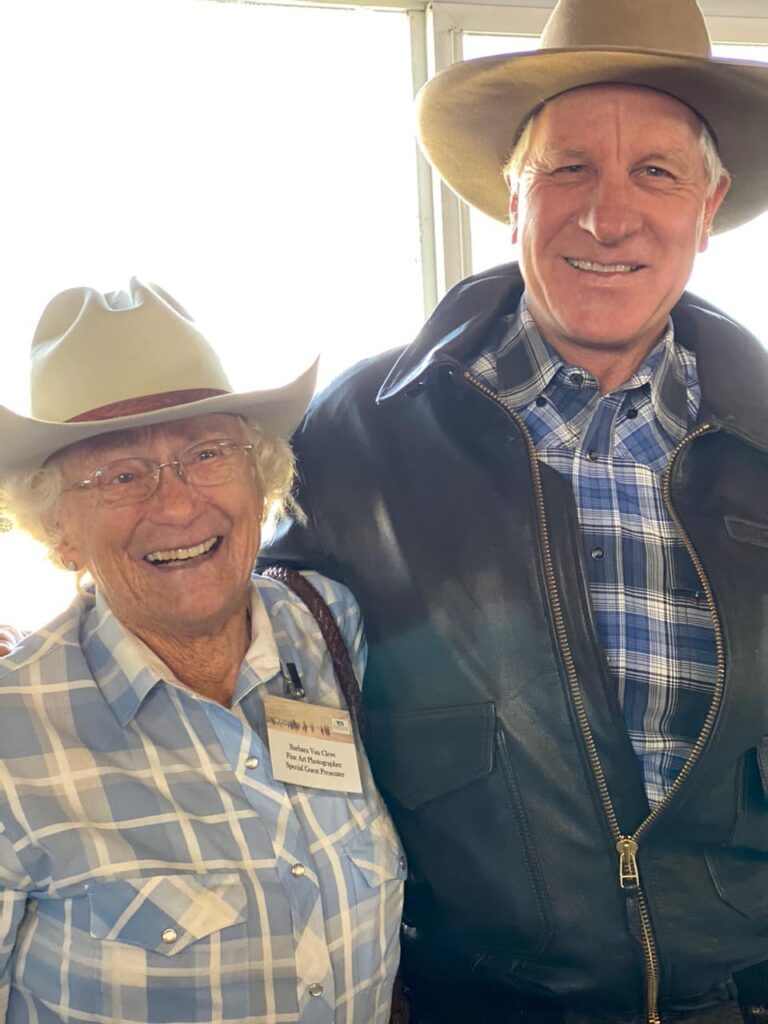 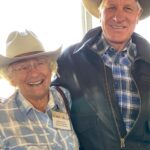 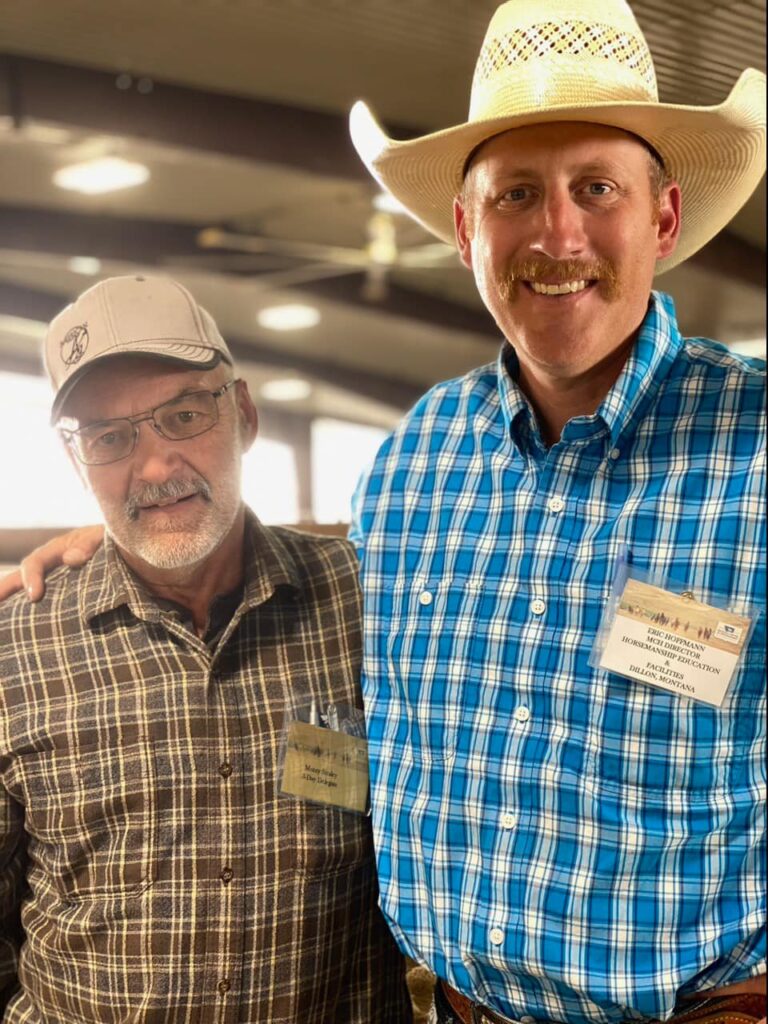 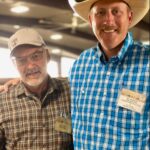 Rancher Monty Straley and Eric Hoffmann, Director of Horsemanship Education at the Montana Center for Horsemanship. 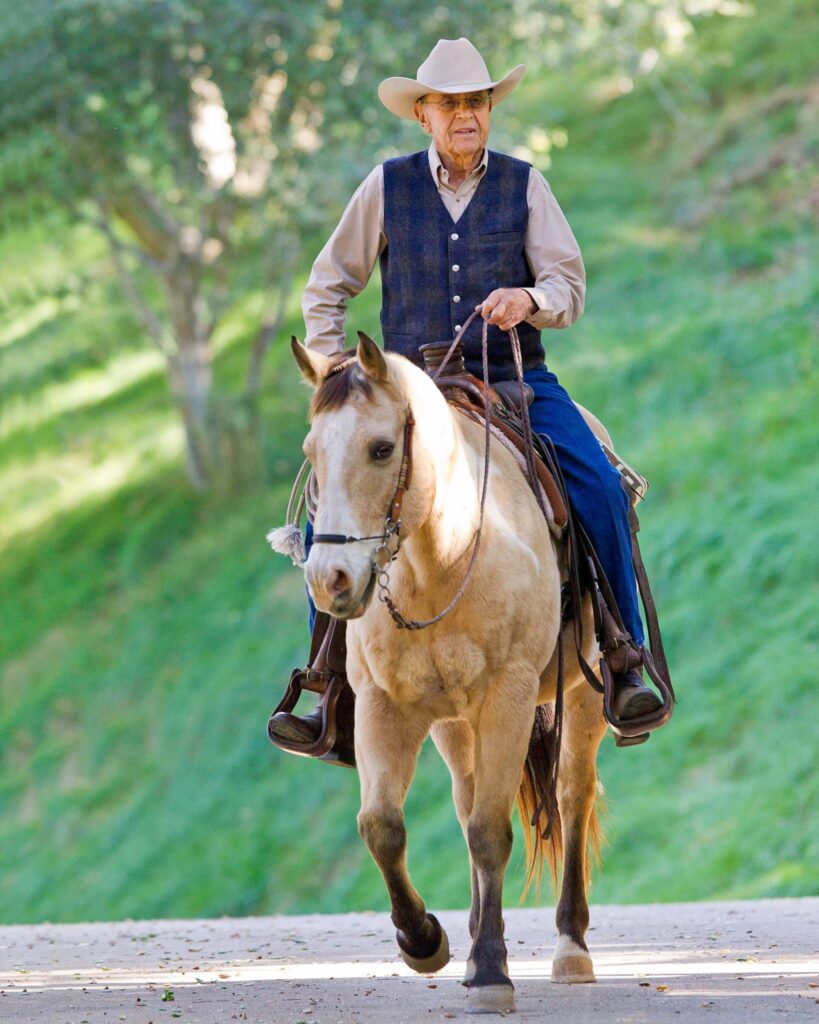 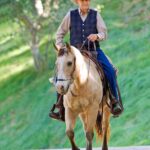 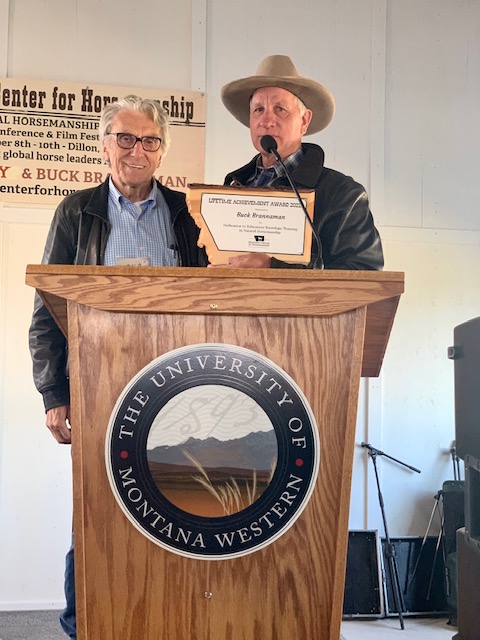 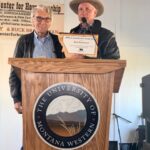 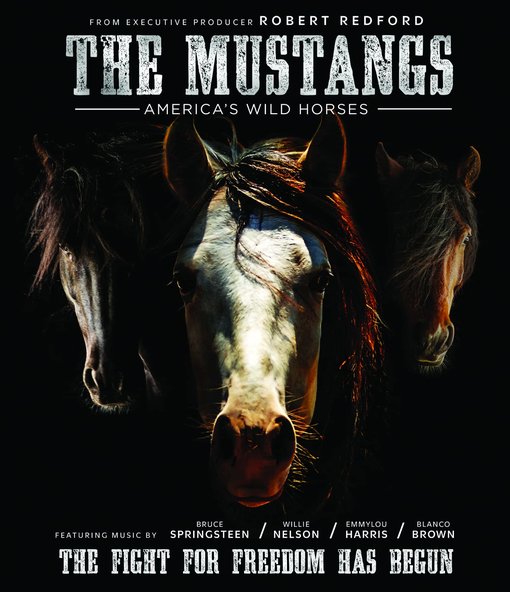 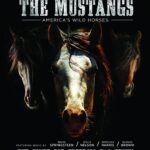 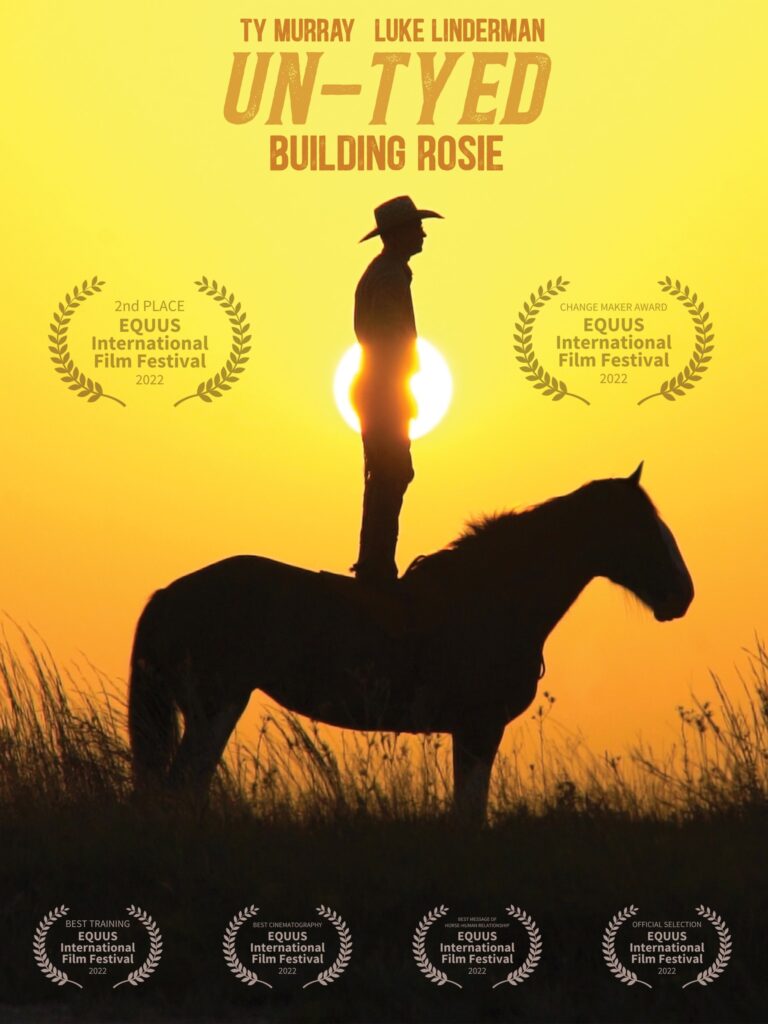 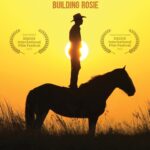