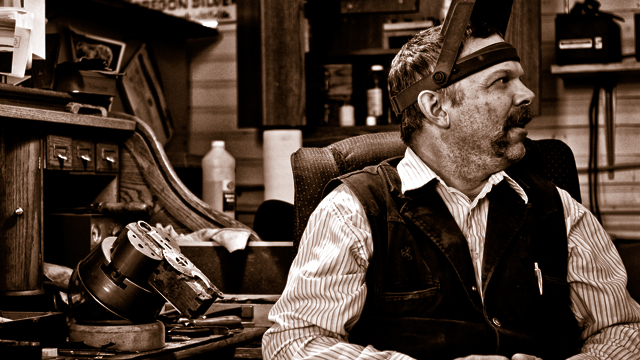 This article originally appeared in Eclectic Horseman Issue No.88

Ernie Marsh explains the connection between horsemanship and spur design.

Every veteran horseman has had the experience of overhearing another rider critique a pair of spurs as “excessive” or “harsh.” Often, such verdicts are based on nothing more than the aesthetics of a pair of spurs, in particular the presence of large rowels or long shanks. It can be difficult to convince critics that such design choices are rooted in sound horsemanship.

“You want a spur that puts your foot in close proximity to the horse so you don’t have to overmove to cue him,” says Wyoming bit and spur maker Ernie Marsh. “Ideally, you just turn your toe out and contact the horse with the slightest amount of touch, and the only point that makes contact with the horse is the very tip of the rowel. Whether that’s big or small is kind of irrelevant.”

Over the past quarter-century, Marsh, a founding member of the Traditional Cowboy Arts Association, has earned a loyal following among working cowboys, competitive riders and collectors. He explains that, while he doesn’t make a habit of telling customers what kinds of spurs they should be using (“Cowboys and cowgirls have their own preferences. It’s up to them.”), he’s well-versed in countering arguments that large rowels and long shanks make for inappropriate spurs. Marsh points out that such design elements – which can appear oversized, exaggerated or purely affectations to neophytes – serve a purpose, specifically allowing for more subtlety in a rider’s signals.

“If your spurs are too small, too short or too dropped, you’ll have to make a bigger move to touch that horse,” he says. “If your foot has to reach eight inches, for example, your momentum might build and that cue might be too much by the time your foot makes contact. A big move can gain a little velocity by the time it gets there, maybe more than you need or want.”

By contrast, a longer spur shank or larger rowel shortens the distance between a rider’s heel and the horse’s side. “If you only have to move your heel an inch,” Marsh says, “it’s easy to control that. You can do that subtly.”

Cases For and Against

Marsh offers an example to illustrate the utility of larger spurs: A long-legged cowboy riding a small-framed horse might find his heels several inches from a horse’s sides. A large rowel, a long shank or both will better allow that rider to cue the horse with just a subtle turn of the toe, a movement with negligible momentum, force or pressure behind it.

“A bigger spur can be a gentler spur,” Marsh says. “Sometimes just the movement of a large rowel – with no contact made – is a cue a horse can pick up. If a rowel has a lot of points making contact with the horse, that means there’s less pressure on any one of those points. And the points of those large rowels, they’re not sharp. I don’t make ‘sharp’ spurs, and I don’t know any spur maker who does. Some of the more aggressive spurs might be the ‘blunts’ some people use, since there’s no depreciation in force.”

At the other end of the spectrum, a shorter rider aboard a big horse might be best outfitted with a short-shanked spur since there’s not much “heel to horse” distance to travel. Or, Marsh offers, an inexperienced rider might default to small, unobtrusive spurs with which they’re less likely to make accidental contact and send unintended signals to the horse. And, riders working at high speeds – competitive riders and other arena cowboys – typically benefit from smaller, even diminutive, spurs that won’t get tangled in a rope or misused by accident in a hectic environment.

“Cutters, for instance, don’t want to make big moves to touch their horses, so they prefer raised shanks and small rowels,” Marsh says. “And in a fast-paced rodeo environment, riders tend to prefer spurs that are smaller and lighter. It’s why roping spurs are the way they are and, in a more extreme example, why bronc riders use smaller spurs: so they won’t hang up on anything. In an arena event, you aren’t necessarily exercising the kind of control you’d have in quieter situations at home or in a pasture. A lot of competitors don’t even have the opportunity to think about where their feet might be.”

Still, Marsh adds, when it comes to a rider’s spur selection, personal preference and familiarity often trump utility and mechanical advantages. “You’ll find cowboys using whatever they want,” he admits. “They just figure out how to make it work and, if things aren’t perfect, they refine the way they use their means of control. We don’t use spurs by themselves. We use them in conjunction with the bridle, leg cues and leg pressure. Everyone finds a sweet spot, but we still never want to have to work too hard or make big moves to touch or signal the horse.”

For many riders, geographic or subcultural traditions play heavily into spur choices. That unobtrusive spur common on the cutting-horse scene might seem out of place on a Great Basin ranch, just as a large-roweled Colonial-style spur could raise eyebrows at a Texas horse show. Marsh points out that, as long as functionality isn’t compromised – as long as a rider’s heel can make light, easy contact – such barriers needn’t exist, and riders shouldn’t feel that certain aesthetics are inappropriate because of geography or discipline. The signal produced by a Denton County, Texas, cutter’s raised shank and small rowel, for instance, might be identical to the signal from an Elko buckaroo’s straight shank and large rowel. Design elements can be mixed, matched and superimposed to provide both appropriate utility and the look a rider is after.

“It’s completely flexible,” Marsh asserts, “but you’ll have people saying it isn’t. It really boils down to personal preference and the experience to know how to use spurs properly. Just because you’re wearing spurs doesn’t mean you go to kicking on a horse. I’ve heard woesome tales of people having to take their spurs off to get back on a horse – usually after getting bucked off twice trying to cross a creek.”

“When it comes to spurs, there’s a lot of mythology,” Marsh says. “In particular, there are a lot of people scared of big spurs, or confused by them, because they don’t know what they’re for. Someone not used to large rowels might say, ‘These are no good. They practically drag the ground.’ A response might be, ‘You need a taller horse.’ ‘No, they drag the ground when I’m walking.’ Well, when the day comes that I have to make walking spurs, I guess I’ll quit.”

A.J. Mangum is the editor of Ranch & Reata. Learn more about Ernie Marsh at www.tcowboyarts.org. 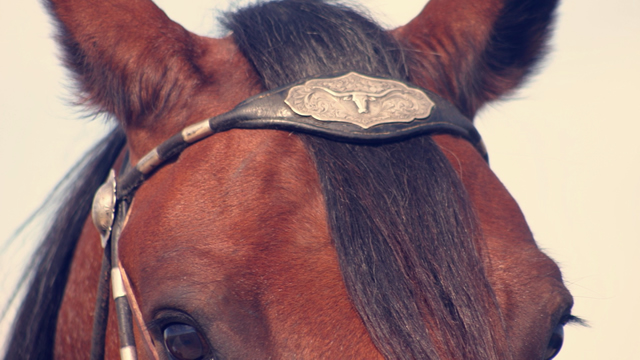