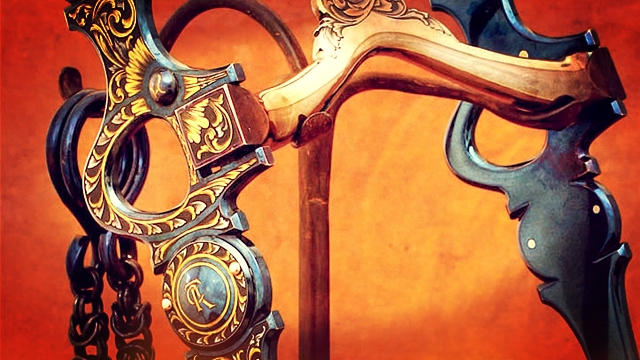 This article originally appeared in Eclectic Horseman Issue No.89

We’re leaving out a number of styles, but let’s discuss the Santa Barbara, the Santa Paula, the Santa Susanna, the Santa Maria and, breaking with the saint theme, the Las Cruces. What sets these bits apart from one another?

Wilson Capron: The Santa Barbara is a straight-shanked bit that’s overbalanced, with weight behind the center. It has a larger, round section below the mouthpiece. It’s a large canvas for artwork, with lot of space for ornamentation.

Ernie Marsh: It will have a flare on the backs of the cheeks. A cavalry bit has the same design feature, so a horse can’t grab the cheek with his mouth. A narrow, straight shank would allow the horse to “lip” the cheekpiece. In warfare, a horse might get scared and grab that cheek. The rider could pull all he wanted, but the horse could still run off with him.

WC: With the Santa Paula, the top parts are the same as what you’d find with the Santa Barbara – rectangular, straight-sided, from the top ring down to the mouthpiece. The Santa Paula is more teardrop-shaped, though, and swoops back. The bottom rein ring is behind center a little.

EM: It’s a lighter version of the Santa Barbara. With that sweep in the cheek, the reins attach behind the line the mouth is on. That doesn’t affect pulling on the bit, but it does affect the release. When you drop the reins, the bit wants to roll down and release faster. It’s carrying more weight behind the mouthpiece.

EM: If you were to draw each bit on mylar and place the drawings on top of one another, the Santa Paula would look nearly identical to the Santa Susanna and Santa Maria. The Santa Susanna is loosely based on the Pelham bit. There’s a decorative loop behind the mouthpiece that, on a Pelham bit, could be for a second rein. On a Santa Susanna, it’s purely decorative. The California two-rein tradition of the hackamore and bosalita might’ve had something to do with that aspect of the design – the hole behind the mouthpiece – becoming more decorative than functional.

EM: With the Santa Maria, the mouthpiece is forward set, like the Santa Barbara.

WC: The Las Cruces (Spanish for “the crosses”) is a vertical bit, with the mouthpiece balanced straight. There’s as much weight in front of center as there is behind center. You don’t have to pull on the reins for the horse to be “straight up” in the bridle. The Las Cruces does that for you, giving you that palate pressure. Bit makers have modified the Las Cruces over time, and tilted that angle back to make it more user-friendly. If a horse is in a truly vertical Las Cruces from sunup to sunset, that bit would be working all day, whether you were pulling on the reins or not.

EM: The Las Cruces mouthpiece is centered in the bit. Everything is in a straight line with the Las Cruces, a lot like 18th century cavalry bits. The release of pressure doesn’t come as fast. If you want that, though, you can use heavier rein chains.

Especially with the “saint” bits, it seems there are some fine lines between definitions.

EM: It’s a gray area. And, there were always variations in the old catalogs. It seemed to depend on who was naming the bit. All, of course, were meant to be used in the bridle-horse tradition.

EM: They will suit different riders, but they’re meant to function the same, and to do the same job on a variety of horses. They’re all designed to be well-balanced and easy to carry, and the mouthpieces are designed to fit in a horse’s mouth and distribute pressure evenly. The practical reason for different configurations is that some horses will work more comfortably with a bent port, for instance, while others can carry a straight-bar mouthpiece evenly.

WC: With a good horseman and a well-broke horse, it doesn’t matter what bit is on the horse. Horses might have their favorites, and seem to get along better with those bits than with others, but that’s going to vary from horse to horse, and from rider to rider. Everyone seems to communicate better with their favorite. We need to remember that we’re working with only four pressure points in the horse’s mouth, and any of these bits will work on those pressure points.

EM: Another factor is the weight of the reins and rein chains. Riders can adjust those configurations to pretty much make one bit work the same as another. Put heavier reins and rein chains on a Santa Barbara, and you get the same effect as lighter reins and chains on a Santa Paula. And, without a curb strap, these bits are nothing. They won’t function at all. The curb strap is what actually applies pressure to the horse’s chin, and it’s up to the rider to decide on the type of strap and the way it should be adjusted.

Is there still room for interpretation with such age-old designs?

WC: It’s all been done before. We have to remember how long people have been riding horses and building bits. But, every time I go somewhere, I still see new little twists, so there’s always room for more interpretation. Firearms engravers, for instance, have introduced methods of ornamentation that hadn’t been seen in the bit and spur world, and that’s opened up many new interpretations.

How has the market evolved for these types of bits?

EM: There’s more demand now than 15 or 20 years ago. Then, you had a small percentage of people who wanted to train their horses in traditional methods. There was a larger collector market because those bits were going out of fashion. Now, cowboys are driving the market and collectors want what the cowboys like.

What’s the appeal of these bits for a maker?

WC: The “canvas” you’re working with, the architecture, the traditions behind them. The mechanics are always fun, with a lot of moving parts and ways to challenge yourself.

EM: I like the look of them, the art of them, the freedom to embellish them. The main reason is that when I see a fine-tuned bridle horse, that horse deserves something nice. I enjoy making a bit for that horse. It’s a real honor to have built something he can wear for the rest of his working career.

A.J. Mangum is the editor of Ranch & Reata. Learn more about Wilson Capron and Ernie Marsh, and their work, at www.tcowboyarts.org. 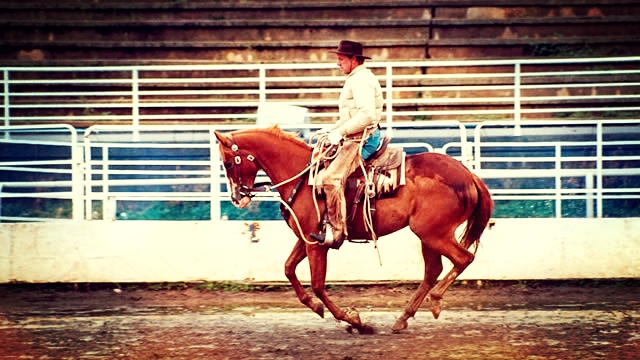