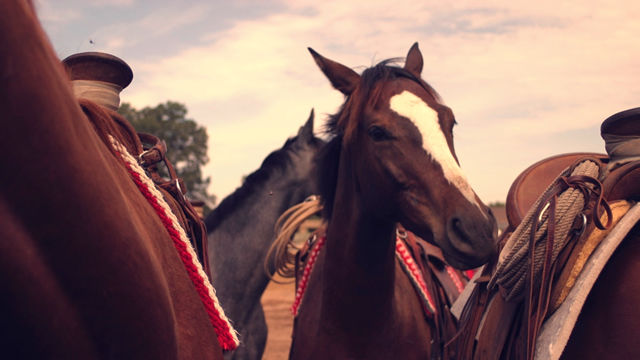 Spring is finally here, and that homebred colt that was born in your pasture is now two years old and ready to do something.

He might be a little immature looking, and he still has some growing to do, but you’d like to go ahead and start him under saddle this year, just lightly.  How nice it would be to start him at a colt-starting clinic with a clinician you really admire.

As you look over the clinic schedules for the year, you may be asking, “Is it a good idea for me to do this myself, or should I get someone else to ride the colt for me?”  That’s a good question.  The answer will be personal for everyone, and it depends on a lot of factors.  Surprisingly, having years upon years of prior riding experience is relatively low on that list.

So the playing field gets leveled a bit from the outset.  I’ve seen some remarkably inexperienced riders do well with their colts in many clinics, so I’ve come to believe that a rider’s preparedness to start a colt has more to do with certain physical and personality traits, and good assistance, rather than high mileage in the saddle.

As an example, consider these two hypothetical extremes:

Rider A took up riding a year ago, has pretty regular exposure to horses but no formal lessons, and just acquired this unstarted Hanoverian, his first horse. Rider A is an empathetic, athletic person with awareness and sensitivity, who is starting this new colt at a Buck Brannaman clinic. Buck will give thorough, clear explanations of all the groundwork exercises, provide constructive critique of his technique, and keep a keen eye on him (and everybody else) to ward off potential trouble before it happens. If anyone really needs help, Buck’s assistant will be ready to step in. Rider A boards at a barn with a capable professional to follow up with him. I see this as a scenario destined to work out well.

Rider B has ridden show hunters as a professional for decades, and has the big-name clients and business cards to prove it. A client brings him a 2-year-old Thoroughbred “to break for showing,” and he wants to see it on the pre-green circuit as soon as possible. Rider B straps on a Prix de Nations saddle and standing martingale, and proceeds to ride this high-strung filly exactly the same way as all his other clients’ horses. The stupid, stubborn horse doesn’t pick up the correct lead, so he gets after it. You have to show him who’s boss if you don’t want to blow show entry fees later, he tells the owner, who doesn’t dispute the trainer’s wisdom. Then the filly picks up her head and whinnies at a stablemate. Rider B tears her head around; this kind of behavior is intolerable in a show horse. Rider B doesn’t need to go to clinics, naturally, because he knows all there is to know about molding a show horse into winning form.  If you doubt it, just check out the well-stocked trophy case in his tack room.

Actually, these are not hypothetical examples. I’ve seen both Rider A and Rider B. Rider A, with very little experience, but a lot of willingness and tact, did a good job and went on to a happy partnership with his colt. Rider B drove his project horse into a nervous breakdown, in which it would balk at the in-gate, then rear, bite on its own legs, and throw its rider.

In short, it seems that mileage and ribbons and being a bona fide “professional” have little or nothing to do with being a good candidate for starting a colt. Here are a few traits I would think are important, though:

• Empathy, a willingness to view the encounter from the horse’s point of view and understand how to clearly communicate

• Athleticism, the rider’s ability to use the body and aids with precision and good timing, and to mount and ride lightly and in balance with the horse through all gaits

• Humility, viewing the equine partnership as a teacher/student relationship rather than an opportunity to intimidate or dominate

• Goodwill, considering behavioral “problems” not as willful misbehaviors but as the reasonable result of the horse’s confusion or self-preservation

• Patience, the ability to slide into that Zen-like state where you’re willing to wait long times and many repetitions for the horse to reliably figure out your requests

• Appreciation, a total mindset where the human is always seeking reasons to be pleased with the horse and encourage him, not reasons to condemn or criticize

• Confidence, the ability to communicate relaxation and trust to the horse, and to ride out securely at all gaits and through coltish skitters on a loose rein

• Attentiveness, that is, the ability to listen to and heed the clinician’s instructions, even when a colt might be leaping on the end of your halter rope

If you are considering whether or not to start your own colt, a “yes” answer to the following questions might lead you to ask someone else to do it for you:

• Do you get seize up, get scared or stiff when a horse trots, canters, shies, or kicks up a bit?

• Are you deeply stomach-churning, palm-sweaty nervous about the prospect of getting on your colt?

• Do you find it boring and dull to work on “insignificant” little things?

• Do you get angry when horses don’t do what you ask?

• Do you take it personally if the horse does something that seems pushy or aggressive to you?

• Do you get frustrated when you have to show the horse the same thing over and over again?

• Do the adult horses you ride give you a lot of trouble?

Any of these conditions might be signs that it could be a good idea to get someone else to start the colt—while you watch and learn, so you can follow up later.  Below are some signs that, regardless of your level of previous riding experience, you might be a very good candidate for starting your own colt:

• You have a reasonably secure seat and independent hands; don’t pull on the reins for support; and can use your hands, legs, and seat with some subtlety.

• You are pretty confident, in sync, and relaxed while trotting and cantering on a loose rein.

• You might be reasonably anxious about getting on your colt for the first time, but it’s more like eager anticipation.

• It doesn’t totally freak you out if a horse shies, skitters a few strides, kicks up a bit, tosses its head, or such.

• You seem to get on well with the adult horses you ride; they’re generally calm and willing for you.

• You really enjoy showing kids or animals little things and watching them learn how to respond.

If the second set of criteria looks more familiar, I’d say go for it! Enjoy the fun and camaraderie of a colt-starting class with a first-rate clinician who will take time to explain, support, encourage, and supervise. There’s nothing like that feeling of enjoying a riding horse that you started yourself!

Pas De Deux With a Cow: Cow-work for the dressage horse

Conversation With a Critic