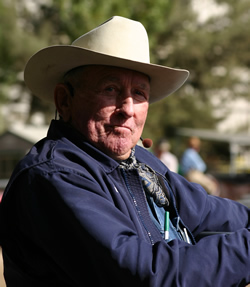 The very first time I rode with Ray was in 1988, at a clinic in Tennessee. I knew nothing about him but had been told by a friend – who also loaned me a mare to ride so I would be sure to show up – that Ray Hunt was somebody not to be missed. It was the best advice I ever got; it completely changed my life.

What really hooked me on was realizing that, for the first time in my life, I had met a teacher who knew as much or more about the horse I was riding as I did. Here also was a man not afraid to teach me, not afraid to tell me the straight truth and put it in terms so unmistakable that it could cause me to make the crucial choices and take the full measure of responsibility. I for one will miss Ray’s gruff and honest ways, and the generosity with which he and Carolyn always treated me.

Ray’s hands made a kind of semaphore complimenting anything he might be saying, so you got the message four ways: from the words, from the tone of voice, from the expression on his face, and from the hands. That’s the same way the horse might get it. No doubt Ray was teaching both at any given time. Here he’s talking about getting a soft feel and avoiding a hard tightness.

There actually turns out to be a surprising amount in common between an old cowboy and a Ph.D. lady. One of the main things is the ethic that says you do all you possibly can for your students. Over 20 years, I can’t count the number of times I saw Ray go out of his way to get a point, a technique, a concept, or a feel across to somebody. Sometimes this was done forcefully, as when he would take the reins away from someone who showed up rigged to the nines in martingales, draw reins, or tiedowns. Sometimes he did it by crowding his horse right up next to the student’s, in hopes that they would see close-up what his hands, legs, or body were doing. Often, in the early days, it was done without much words; if you could learn by watching, Ray was the best teacher in the world. Yet in later years, Ray got to be quite a bit more talkative. When a student did not (or would not) make the needed change, I know this frustrated Ray. One time like that, he rode over to me and said, “you know Deb, sometimes I’d just rather go ride in the back 40”.

The other high value that Ray mentioned again and again, was to work for what he called “the perfection” – “I hope you’re not just working to get by,” he would say. Everyone who has achieved mastery, in any walk of life, will tell you this: you have to practice the fundamentals to repletion. And this is something many people do not want to do. They get bored; they want quick results; they think they have to succeed in terms defined by something or someone other than their horse. One of the most memorable exchanges I ever heard Ray make was with a student who had come to his clinic upon my urging. The gentleman very politely sat in the bleachers for three days. At the end of the last day, he said, “Ray I have a question for you.”

“I’ve been sitting here and observing,” said the guy. “And I think I understand what’s going on. Every day you put the class through the same series of simple stops, backups, and turns.”

“So here’s my question then. When do you go on to the exercises meant for us ‘intermediate’ riders? Ray — when do we ever leave Square One?”

And Ray sat there for a full minute before answering. Then he said,

“Son, you never leave Square One. You take it with you.”

And that, my friends, on this sad occasion, is one of the few exceptions to the rule that says you can’t. The legacy of a great teacher is that he will take that with him — that he taught us all the importance of perfecting Square One. As he often said, “if you can just do that, why, it would be the greatest thing.” 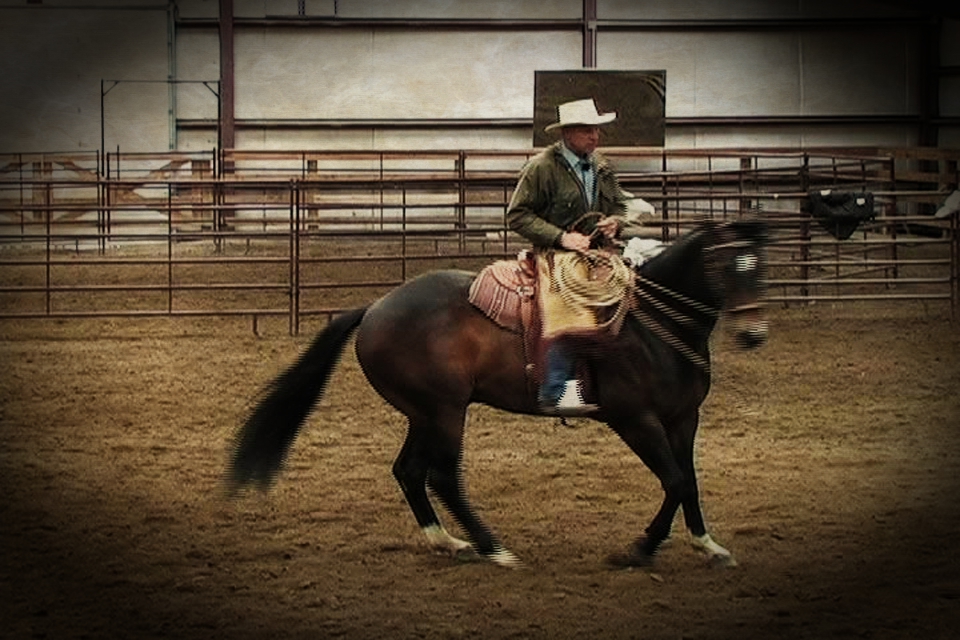