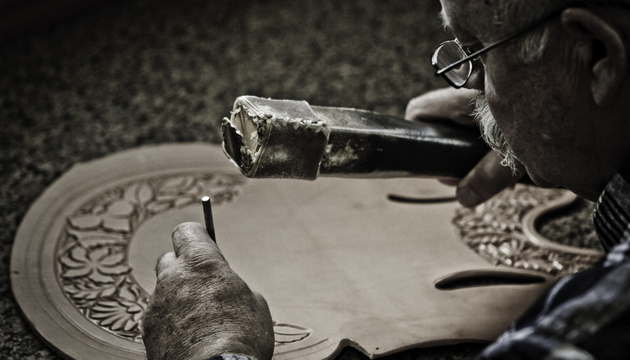 This article originally appeared in Eclectic Horseman Issue No.80

For saddlemaker Chuck Stormes, independence has allowed an unrestricted pursuit of quality.

In the late 1960s, Alberta saddlemaker Chuck Stormes was at a turning point. He had begun his career earlier in the decade as an apprentice for master saddlemaker John Foss. After Foss’s retirement, Stormes found himself working as the foreman in a larger shop, an operation that employed several workmen turning out handmade saddles in quantity.  Stormes lobbied for his employer to invest in higher-quality trees and leather for an improved product. Instead, the shop continued with its longstanding strategy of building saddles to be sold at a predetermined price point, a dollar figure that dictated the number of hours that could be devoted to each saddle. Cost control trumped quality control.

Stormes had a different vision for how a saddle should be made. He wanted to emphasize fine craftsmanship, work with the best materials available, take the time needed for impeccable design and construction, and price the resulting work at the end of the process. He opened his own shop in 1968, building custom saddles for working cowboys and professional horsemen, and established a reputation as one of his trade’s most gifted practitioners.

“I still don’t aim for a certain price range or limit myself to a certain number of hours to make a saddle,” he says. “That’s actually a more common approach for successful custom saddlemakers, and probably more financially rewarding. But what I’m striving for is a saddle with elegant lines and refinement to my work, without sacrificing strength or durability.”

Today, many consider Stormes’ work the standard by which other western saddles should be measured, a status attributable, arguably, to the craftsman’s independence – his freedom to operate a business from the viewpoint of an artisan rather than that of a marketer, to continually question processes and, when possible, to reinvent them.

For example, in his first decade in business for himself, Stormes found it a struggle to acquire quality saddle trees that offered the combination of strength, a proper fit for a horse and rider, and pleasing aesthetics – proper horn placement, for instance, and the right shape to the fork and cantle. Rather than accept such limitations, Stormes began building his own saddle trees, a change in tactics that allowed him to customize the foundation of each saddle’s construction, and develop new design possibilities all his own.

When quality saddle leather became harder to acquire – Stormes estimates as many as six in 10 hides are unusable by a saddlemaker, due to poor handling by packers and hide dealers – he got creative with sourcing his raw materials, striking up a partnership with a Calgary leather wholesaler.

Stormes has made other adaptations to his craft, notably in the way he defines it. Saddlemaking, for Stormes, is a form of design, one emphasizing both function and aesthetics. He approaches the construction of a saddle accordingly.

“Customers don’t design saddles,” Stormes asserts. “It’s my job to design the saddle. It’s the customer’s job to give me input so I know how to design it. A saddlemaker and horseman sit down together, or trade emails back and forth. Through those conversations, you find out what the person does on horseback, what kind of horses he rides, what he would ideally ride, what events he participates in. You find out what that person’s tastes are. You eventually narrow things down to where you know what tree will suit that client.”

Stormes then translates the information he’s collected into a vision for a completed saddle, a design informed by a realistic interpretation of a client’s needs, rather than fads, trends or whims; a customer specification that proves a difficult fit with the emerging design prompts a discussion with the client about his or her priorities.

Stormes’ early (and ongoing) influences included saddlemakers like Don King, Ray Holes,  the craftsmen of Visalia and, of course, his initial mentor, John Foss. Working independently, he’s had the freedom to explore new influences, including many outside the realm of western craft. The resulting inspiration, he contends, is transformative, infusing his work with more reasoned design principles and unlocking new ways of thinking about the art of saddlemaking.

“Architecture is important to me,” Stormes says. “Architecture, in the broad sense of the word, applies to almost everything we design. The term doesn’t have to apply to a building.” Nineteenth and early 20th century architect Louis Sullivan, who developed the concept of the skyscraper, is of particular influence. “He’s the one who figured he didn’t need walls 10 feet thick at the base to support a tall building. He did it with steel columns. In his time, buildings’ facades were still decorated. I’ve studied how he integrated a building’s function with that decoration, so they belonged together.”

Stormes also studies the work of furniture makers and woodworkers like James Krenov, Sam Malouf and fellow Calgarian John Morel. In their craft, Stormes sees a reverence for raw materials and an appreciation for the organic nature of craft.

“Krenov didn’t believe in making a piece of furniture that followed a measured, engineered drawing,” he explains. “He felt it was imposing something on the wood, and preferred to let the wood speak to him so he could get to its essence and make the best project suited to that wood. He trusted his instincts and composed as he built. You can’t do that with a saddle, but you can borrow from that approach. You don’t necessarily have to start with a set of patterns, cut the parts of a pattern, and stick them together. You can make a better saddle if you fit the parts to a particular tree, working from your vision for that completed saddle.”

In a high-volume production scenario, the ethic fueling a craftsman’s ongoing pursuit of education might be encouraged, but the actual implementation of new techniques could likely upset accepted workflows and formulas. An independent artisan, of course, is free to acquire new skills and put them to use, thereby continually advancing his work. In recent years, Stormes has experimented with chasing and repoussé (ornamental metalworking techniques) and incorporating silver- and gold-thread embroidery into leather; he hopes, one day, to incorporate the disciplines into saddlemaking.

Despite unimpeded opportunities to seek new inspirations and continually push his work forward, one fundamental remains constant for Stormes: a basic definition of good work. Regardless of its maker’s specific techniques, a saddle’s most important elements, he contends, are the tree (its lines and proportions, and the angles of its fork and cantle), the shape of the seat, and the rigging’s construction and placement

“If all three of those things are correct,” Stormes says, “it’s a good, useful saddle, regardless of the decoration, which might be crude or not even there. If you go further, looking at the finesse that went into building the saddle, dozens of details become important, but it’s the overall lines of the saddle that are most important – the shape, the proportions of its parts.”

Another constant throughout Stormes’ career: the weight given to the informed opinion of a saddle’s end user, especially when that saddle is a vital working tool.

“A ranch cowboy, someone saddling in the dark in the morning and unsaddling in the dark and night, is the ultimate torture test for whether a saddlemaker is doing things right,” Stormes says. “If someone I consider a really good hand thinks enough of my work to order a saddle or become a repeat customer, that’s the greatest compliment I can get.”

A.J. Mangum is the editor of Ranch & Reata magazine, and author of the non-fiction collection Undiscovered Country: Dispatches from the American West. Learn more at www.ajmangum.com. 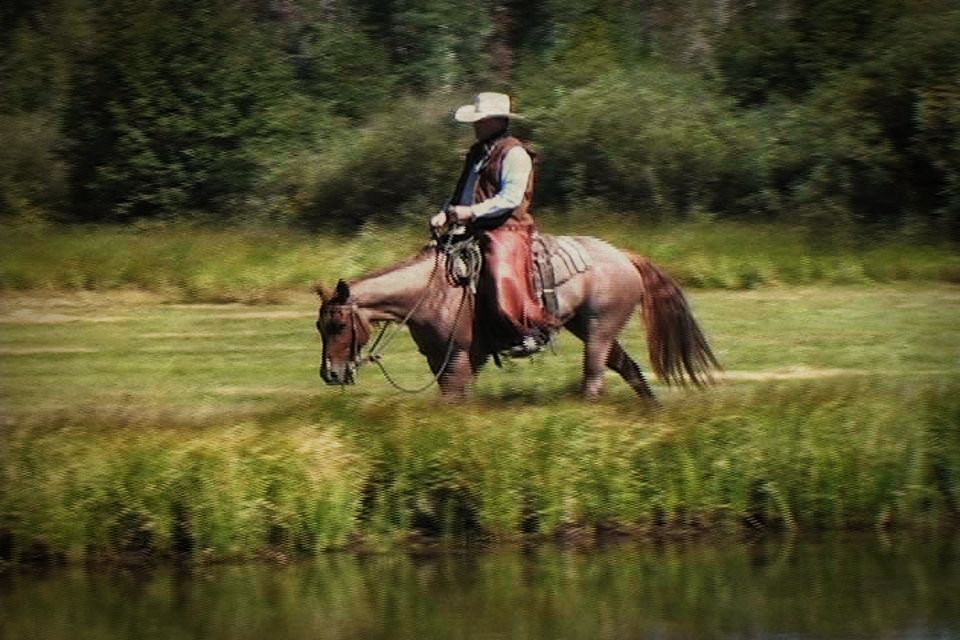 Adjusting to Fit the Situation with Joe Wolter