The Vaquero & Other Short Stories contains 26 short stories including the title story The Vaquero and is illustrated with photos of the author, Edward Borein, and his renown artwork.

From 1900 to the early 1920’s, Borein wrote a number of articles and short stories – many at the urging of his friend and multi-talented publisher Charles F. Lummis. Lummis was the first to publish Borein’s artwork in his magazine “The Land Of Sunshine.”

After returning from travels through Arizona and Mexico, Borein secured a job with a newspaper, The San Francisco Call, in 1900, doing sketches and articles of western life for the paper’s Sunday edition. According to the late Borein authority Harold G. Davidson, regarding the material to be contained in “The Vaquero & Other Short Stories,” he stated in 2001, “These stories are the work of Edward Borein during his San Francisco and Oakland period before he left for New York and are referenced several times in my 1975 book, “Edward Borein – Cowboy Artist.”

Born in San Leandro, California in 1872, John Edward Borein grew up in a western cow town. The son of a county politician, Borein’s childhood was filled with memories of horses, cowboys and cattle – subjects he began sketching at the age of five. He was educated in Oakland, California and at the age of 17 began working on a ranch near there. Later he drifted and sketched as a working cowboy throughout the West, Southwest, and Mexico. During that period, he practiced his art on anything he could find from bunkhouse walls to scraps of paper. At age 19, he enrolled at the San Francisco Art School, his only formal art training, and met artists Jimmy Swinnerton and Maynard Dixon who encouraged him in his art career. Ultimately he became one of the most popular artists depicting the vaquero and western scenes, equally adept at pen & ink drawing, watercolor, and etching.

In 1920, he and his wife Lucille moved to Santa Barbara, CA and built a Hopi-style home overlooking the Pacific Ocean. From his studio, he depicted Indians, cowboys, and California ranch life specific to the cattle handling and horsemanship of the Pacific Slope region of the West. He was active and worked until his death in 1945. 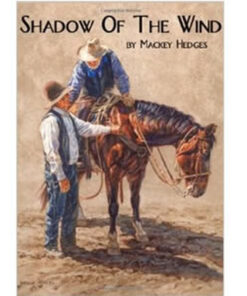