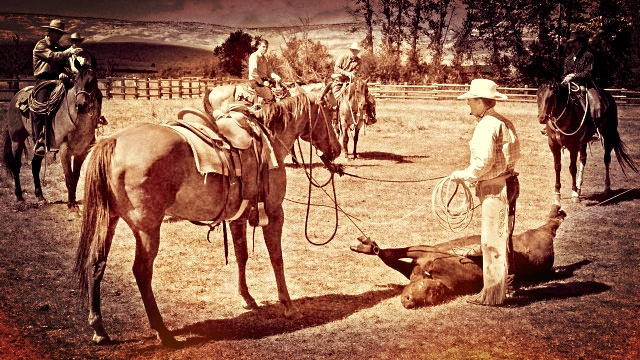 During a recent ranch clinic at Joe Wolter’s home place in Aspermont Texas, we got to talking about learning. After all, isn’t that why we go to clinics?

Joe said he thinks learning isn’t just about absorb- ing information. To him it’s more about discovery, so as a clinician his goal is to help students discover what feels good to them and their horses; to figure out what works best for them without worrying what’s right or wrong. In others words, to help them to rely on feel rather than a formula. Joe explained how in his experience people learned bet- ter when they’re able to put aside their self-judgments and self-doubts. It makes them calmer and less concerned about themselves, which gives them a relaxed sort of focus that allows them to be more aware of the horse and better prepared to respond to the horse’s needs. I asked how to find this “relaxed focus,” but it wasn’t until I quit trying so hard that I really started to learn. That’s when I could finally work with a horse and be relaxed about it. I could just be there in the moment.

When I was able to give up worrying about what’s right and what’s wrong, that was when I was finally able to start experimenting and I realized the horse isn’t as fragile as we want to believe. Horses are pretty resilient actually. You can mess up. You can start heading down the wrong road and when you recognize your mistake you can change course. The horse will forgive you. That was a huge thing for me to come to understand and it only happened when I quit judging my mistakes.

When someone would make a bad head shot (usually me), Bill Dorrance would always say, “It’s a good thing you got rid of that so it won’t come back later.” It was funny, but it was true. We all make mistakes, but the real mistake is worrying about it. So let’s get those mistakes out of the way and get on with it.”

Go easy on yourself:

“It took me a while to figure out I had been trying too hard, and for all the wrong reasons. I was analyzing it too much; wor- rying about what someone else might do. Instead of focusing on what was going on with the horse and how what I was doing affected the horse, I was judging myself, thinking too much about what I should do and regretting what I’d already done. All that did was distract me from the horse.”

Don’t worry about it:

I had a friend who would see me struggle and say, “Don’t worry about it.” That was a long time ago, but it really helped me a lot over the years. Worry keeps you from learning and from being able to help your horse. It was a big change for me to stop being so judgmental about what was right or wrong, or good or bad, and accept Magaret Dorrance said in a recent interview that Tom wasn’t big on praise. I wonder if that was because it wasn’t about the praise to him. It was about what happened between you and your horse. We lose touch with the horse when we worry too much about all the other stuff.

Sometimes I’ll look at a video of me working with a horse and I’ll think I could have put a little more pressure on, or maybe I could have done a little less, but I didn’t and that was okay too.”

And as it turns out, science agrees with Joe. Being okay with things may just be the key to finding that relaxed focus. Studies have found that we are better able to learn in an untroubled state of internal calm and quiet. Free from tensions and anxieties, we’re more aware and able to be in the moment. Horses seem to encourage this more natural way of being, which is probably what makes them so important to us. They truly are our teachers, but having Joe as a guide for five days sure didn’t hurt the learning process. 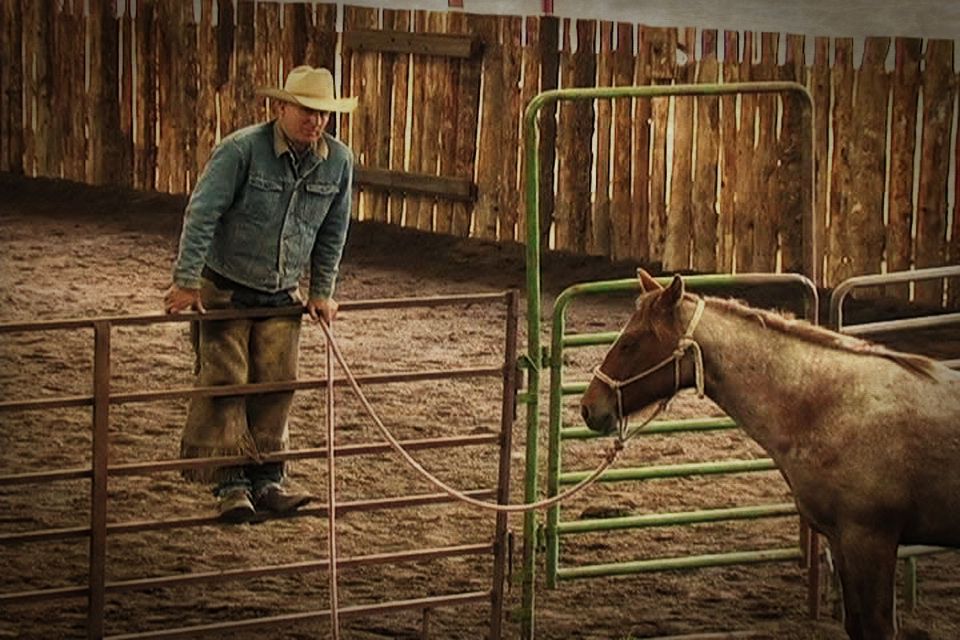