This article originally appeared in Eclectic Horseman Issue No.38

The courage to do something different places you in a different position. Being a little bit of a risk taker has its advantages.

Those are insightful quotes from renowned cowboy artisan Jeremiah Watt of Coalinga, Calif., (located on top of a row of mountains bordered by the San Joaquin valley on one side and Salinas on the other) That’s exactly how he’s lived his life. He’s got the courage to do something different, and he’s never been afraid to take a risk. That probably explains how he’s journeyed from being “the world’s worst saddle bronc rider” to one of the world’s best saddle, bit, and spur makers.

It all started in Ontario, Canada, where Watt grew up. He was always around horses, as his whole family rodeoed. During his high school years, he moved to Manitoba where he lived with another family and pursued rodeo even more. Academics were never high on his list. He liked to do things with his hands.

“I would have quit school as early as they would have let me,” he remembered. “Rodeoin’ didn’t go too well, I was the world’s worst saddle bronc rider. I tested the ground a lot to see if it was soft enough, so at least I did a lot of good for my fellow man,” he kidded. “So, I decided I wanted to be a taxidermist. I took off from Manitoba and headed west to be an apprentice.”

That never transpired, because something else caught his eye first. Her name was Colleen, and she was a horse crazy barrel racer.

“I wanted to do something that would keep me connected to her, so I thought I’d try making saddles!” he said.

Perfect. He could have a job working with his hands and impress his girlfriend at the same time. (Apparently, it worked. Jeremiah and Colleen just celebrated their 25th wedding anniversary in England this past August, accompanied by their two children: son Pine, 15, and daughter Nevada, 13.)

So, in order to learn the art of saddle making, he headed to Texas around 1976/ He attended Texas State Technical Institute in Amarillo, a “glorified potato chip, beer drinking place,” and left after 9 months, convinced he was a saddle maker—something Watt sees as a flaw within the school program. “I thought I was a saddle maker with a capital S,” Watt said. “I believed it, and didn’t finish the last three months.”

That opinion suffered a blow when Watt headed Wyoming way and met up with the “King” himself—Don King of King’s Saddlery—and another top maker, Chester Hape.

“I’d like to say they put me in the closet and shared secrets,” Watt said. “But that’s not it at all. They welcomed me and gave me a ‘gentle critique’ of my saddle I had with me. The problem was, I couldn’t discern mediocre work from really, really, good work,” Watt continued. “They told me I had a long way to go to get hired and paid by somebody. I took that to heart. Don said ‘You have to make saddles to learn to make saddles. Repairing a saddle doesn’t teach you to make one. You need one saddle after another in front of you to be great. If you just make rough out, then you’ll make a great rough out’, and so on,” Watt shared.

Following the enlightening experience with Don and Chester, Watt hit the road for months on end, even sleeping on the floor of his truck at times, when he didn’t make his traveling partner Pedro Pedrini, who was “shorter and French,” do it. They traveled from shop to shop, lookin’ for work. Then, along came a chance for Watt to call a man back in Canada, Chuck Storms.

“I swore I’d never go back to Canada, because I just knew there were no good saddle makers up there,” Watt said. “But when I walked in that shop, due to Chuck’s personality and workmanship, I knew I was in the right shop,” Watt shared. “He gave me a one-month trial. If I didn’t make it, he’d send me out. I stayed at the Stormes Saddle Company in Calgary, Alberta, for 7 years, 7 months. I can’t say enough good about it—him, his shop, his work, what I learned—and I tell my kids the same thing.”

“I didn’t bother getting an apartment. I scrubbed the toilet, mopped, cleaned the walls—whatever he needed. I kept my money and started buying saddle making tools which was a better investment,” Watt said. “I slept on the floor for the first 4 years.”

Afraid that young Jeremiah would burn out, about a year into the deal, Stormes suggested that Watt do something different in the evenings, so he started tinkering around with making snaffles, spurs, and trying a little engraving. He had worked around iron as a kid, so branding, welding, cutting, and filing wasn’t a big deal, he explained. Applying it to a bit, for instance, was a little different.

“I never had an engraving lesson, but Chuck used high-quality silver around the shop, and I had a chance to look at it. So in a second-hand fashion, he influenced me in that way as well.”

Watt also mentions being influenced by well-known engraver Mark Drain, then in Reno, Nevada, and now in Washington.

As he began turning out some “plain, common” pieces, Watt crossed trails with a guy from England named Ralph Lane, who was interested in what Watt was doing.

“We put our money together, built a little shop, and got iron from everywhere, including the junkyard. I made bits and spurs until 2 or 3 in the morning after working in the saddle shop,” Watt recalled. “Things changed when I had a shop with a welder. I started building the basics, and I wanted to build a spade bit. Ralph never made anything, but he was a good friend and confidant, and he worked elsewhere.”

After about 2 years, things started rolling. Watt bought his partner out and rented the basement of his sister-in-law’s house. It was then he says he “closed the order book, and built what I wanted, when I wanted.”

There he began to create the beautiful spade bits and inlaid pieces he’s known for, in addition to the saddles he was already downright handy at.

Today, business is thriving. Watt makes saddles, bits, spurs, horseshoe brand tools, silver mounted work and saddle hardware. And naturally, he makes the trees too. Although he still does a great deal of the work himself, he does have family help. He partnered with brother Bill to create a division called Watt Brothers Stock Saddles, in order to meet the demands of the working cowboy who wanted the familiar high-quality, but couldn’t go through the waiting period for a custom saddle. He also has a small wholesale manufacturing business where he sells “plain stainless steel items.”

Overall, Watt still makes more saddles than anything. He’ll make 20 to 22 of them a year by himself, taking roughly 3 weeks per saddle. He still takes saddle orders. As for bits and spurs, he’s building what he wants, then selling it. Another “different” way of approaching things.

“That way, I’m not locked into something,” he explained. “It may be a selfish way of doing it, but fortunately it’s worked out to build what I want and show it on the Web site. That’s the way it has to be to keep me excited,” he continued. “Most sell within a week. Most of the spades in a day or two.”

With numerous talented cowboy artisans in the market, Watt mentioned some specific things that  set his products apart.

“Very little separates those of us who are considered to be at the top of the pile, and I feel fortunate to be considered one of them. I don’t take any credit beyond what the customer gives me. I feel that the courage to do something different places you in a different position,” he explained. “I do the best work possible, and I try to be a risk taker, which has its advantages. We have our own tree shop and hand make each tree. The leather on top’s great, but those who have ridden a hand-made tree appreciate what’s under the leather and want that in their next saddle.”

He also knows that making his own silver is huge, as clients like the congruency between the bit and saddle. And third, the kids are involved. Under supervision, they help with everything from silver stamping to product buying. Pine even makes and sells quite a few concho belts.

“Capitalism is a part of life that has to be taught,” Watt added. “It’s tough for a kid to grasp the concept that money isn’t made overnight, and that yes, you get paid, but then you have to turn around and make payments. You have to teach them what to do with what they have left.”

Outside the shop, the Watts have a few Quarter Horses. His cousins rope, Nevada lives and breathes horses, while Pine could care less, and Jeremiah likes to rope when he has time. He’s also an avid bicyclist. Generally speaking, the business is full time. Colleen and the kids hit the road with the products and show them off at places like the Denver Merchandise Mart and many of the ranch ropings.  And, while Watt can come and go as he pleases and make what he chooses, to him, that’s not the highlight.

“The best thing about all of this has been staying at home. I’ve seen every minute of my kids’ lives, and some people miss all of that because they have to depend on daycare. I’ve been there for every word and every step. We’ve home-educated our kids, and that’s worked out well. Pine’s almost 16, and he knows most of the alphabet!” Watt joked.

For more information on Jeremiah Watt and his products, or to order, visit him online at www.ranch2arena.com, or call 559-935-2172.

This article originally appeared in Eclectic Horseman Issue No.38 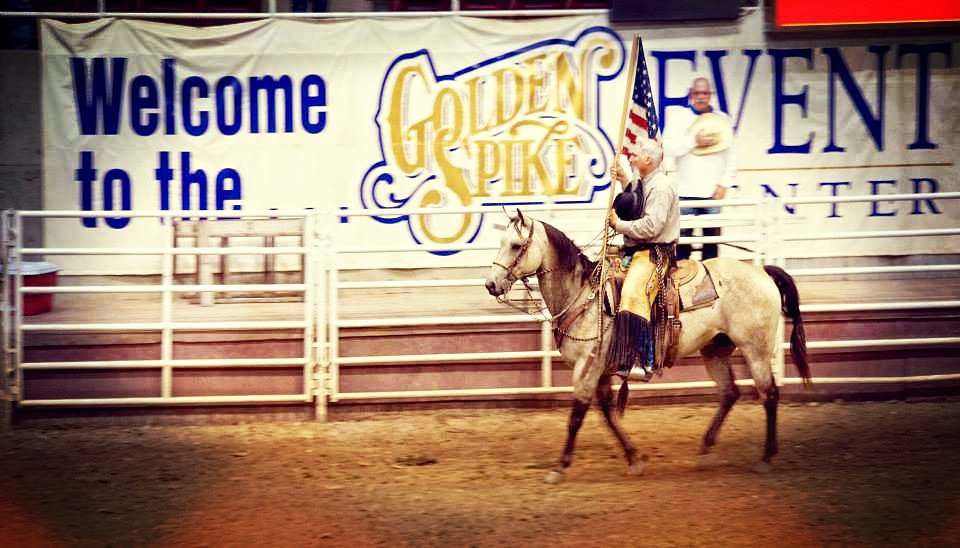