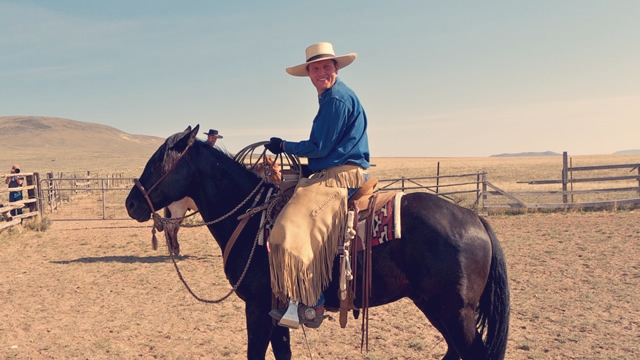 Carlos Macias is cowboy through and through, but he’s not sure where it came from. Born in town to a completely non-agricultural family, he guesses his cowboy side grew out of a love and respect for animals and from his opportunities to go to rodeos and to witness a different lifestyle.

“I also think it’s a way of life and the people, not just being a cowboy. And to me, there’s just a better sense of accomplishment at the end of the day after you’ve taken care of an animal or done physical labor, which is always involved with agriculture. I’m an outside, hands-on kind of person,” he said.

An attraction to agriculture and being a hands-on kinda guy make a perfect mix in any cowboy craftsman, and Macias is no exception. Through combining the two avenues, he and his wife Heather created and own LostBuckaroo.com, which they started in 2000. It’s served as the full time meal ticket for about 6 months now. Based in Wilton, Calif., just outside of his hometown of Elk Grove, the site offers both hand-picked cowboy/buckaroo gear from acclaimed makers and custom gear personally made by Macias.

He admits the gear making came along further down the trail. First, he spent quite a few years learning about cowboying and quality.

His real first exposure came at the ripe old age of 14, where he worked on a ranch cleaning stalls. That same year, he met an old Nevada “mustanger” named Jerry Lamb that let Macias ride a horse for the first time. Thankfully, Macias survived Lamb’s version of a “balance lesson” in which Lamb loosely cinched a round-withered mare and drove her around the round pen, dumping Macias off every time he didn’t sit square in the center.

As Macias reached high school age, he unsuccessfully tried a little bronc riding in high school rodeo. Then crossed trails with cutting horse trainer Ed Murphy, from whom he got his first exposure to buckaroo gear, as Murphy had been around it his entire life. In fact, that relationship was Macias’ first  exposure to a Wade saddle—an old 14.5 inch seat Hamley Wade that Murphy had.  But, Macias’ real interest in making quality gear didn’t come about until he moved to Montana with the intentions of going to college, which did happen on some days here and there.

“I was too busy partyin’ the first year,” he laughed, “then I was too busy tryin’ to make a livin’. A friend and I were ridin’ some colts when I worked for the horse farm at Montana State, then I went to work for Pete Melniker of The Double Diamond Halter Company,” he explained. “That heated shop was a good place to work in Montana in the winter,” he joked. “I got an appreciation for quality gear working for him. I’d been around it, I knew what it was, but I couldn’t afford to own any so I didn’t have a true appreciation that way. He introduced me. I still couldn’t afford it, but I knew what to look for.”

While at Melniker’s, he was also introduced to Buck Brannaman’s way of doing things, as Melniker and he were good friends. Macias was still riding colts part time and started watching some of Brannaman’s videos (which he could afford wholesale while working for Melniker, by the way). That led to attending some local clinics just to watch as he was still on a “student’s” budget.

Naturally, all of these aspects began to tie in together, and without knowing it Melniker had created a monster of sorts that wouldn’t fully materialize for a few years.

“He taught me quality and no compromise,” Macias said.

Come 2000, Macias started up LostBuckaroo.com, where they just bought and re-sold gear from a few select vendors. About 2003, tired of some vendors who were undependable or that put out sub-standard gear, Macias bought a sewing machine and decided to give things a “whirl” for himself.  He first tried headstalls, and found them a “pain in the butt that required lots of time for little money.” So, he found Sara Hagel and markets hers instead as “the best I’ve found, the best availble.” Next, he tried making Armitas, and built his first pair the same day he got the sewing machine.

“They’re a little rough,” he laughed, “and my friend Jeff still wears them, Jeff and I sat down with old patterns and made some changes, and that’s how I got started crafting what I do now,” he added.

Making chinks and Armitas has become the bulk of Macias’ business. They are his most popular products, and he guesses he makes about 55-percent Armitas and the rest chinks. And, in case you’re wondering, the main difference between the two pieces of gear is style or personal preference. They are used for the same reasons, but just vary some in construction.

“Traditionally, Armitas have no hardware or buckles, are made from deer hide or elk hide (as it was readily available in the old days), and they used traditional rolled buttons that slid through slots on the leg for leg closures, and very short fringe if any,” he explained. “They’re a Californio thing, most users just like the way they look.”

“Chinks have a stamped yolk at the top,” he continued. “They aren’t as comfy at first versus the Armitas that have all soft leather up top. You can wear a pair of Armitas, hop in the truck, and forget you have them on because they fit like a glove. Chinks can be a little more uncomfortable and take some breaking in,” he explained.

Now, Macias not only makes the traditional Armitas or “Vaquero Armitas,” he also makes a “Great Basin” variety. They still look like Armitas but have buckles and clips more similar to chinks and the very popular original, “Buckaroo Gear Armitas,” which feature a step in leg, wrap and tie belt, and long square cut fringe.

Seven short years after starting up his business that he never dreamed would be full time, he has world wide interest and has sent gear all over the U.S., Canada, France, Germany, Italy, England, New Zealand and Australia. His client base consists of working cowboys stemming from the Midwest to the Great Basin, and, of course, horseman like Peter Campbell and Martin Black use and promote the gear. In addition, Macias makes doctoring bags, spur straps, slobber straps, martingales/chokers, shotgun chaps, tapaderos, and little odds ‘n ends like night latches, belts and curb straps. He’s also helped make the custom spur straps and spurs requested from California Governor Arnold Schwarzenegger’s office that were given as a gift to the President of Mexico, and another pair that were requested as a gift to current President George Bush (see photos and complete story at www.buckaroogear.com).

“We can make anything but saddles,” he shared. Those come from his good friend, mentor and saddle maker John Willemsma out of Oklahoma. He is one of the guys Macias credits for influencing his overall craftsmanship style. Although Macias is chiefly self-taught, he said Willemsma, Robert Chavez, (another seasoned saddle maker), and Sara Hagel (a master leathercraftswoman and saddle maker) have always been open to helping and giving pointers. He counts them all as mentors.

“Robert’s helped me a lot, too, with my flower carving on the chink tops and with the shotgun chaps, which are tricky,” Macias said. He also credits folks like Peter and Trina Campbell and Martin Black for all the promotions and sales help, via wearing his products at their clinics and on their videos.

“Peter uses the chinks and Armitas, and always tells me what he thinks needs changed, helps me with design, and gives me pointers,” Macias said. “Martin gives us a plug every year at the Californios, too.”

Speaking of the Californios, that’s about the only place now to find BuckarooGear on the road. Although Macias is trying for a booth at the Ranch Rodeo Finals in Amarillo next year.

When asked what he enjoys most about his occupation, Macias, like most others, appreciates being self-employed and setting his own schedule. And, like any dedicated craftsman who takes pride in his work, his ultimate reward is that phone call from the customer or seeing his gear in action, serving its intended use.

“When somebody gets their chinks and tells me how much they like them, or how satisfied they are; or I see Peter or Martin using and liking my gear; or I see it on the videos—that’s the most rewarding thing for me,” he concluded.

To order a set of your own Armitas or Chinks, or to purchase myriads of other good, approved Buckaroo gear, visit www.lostbuckaroo.com, www.buckaroogear.com, or call 866-579-7969. 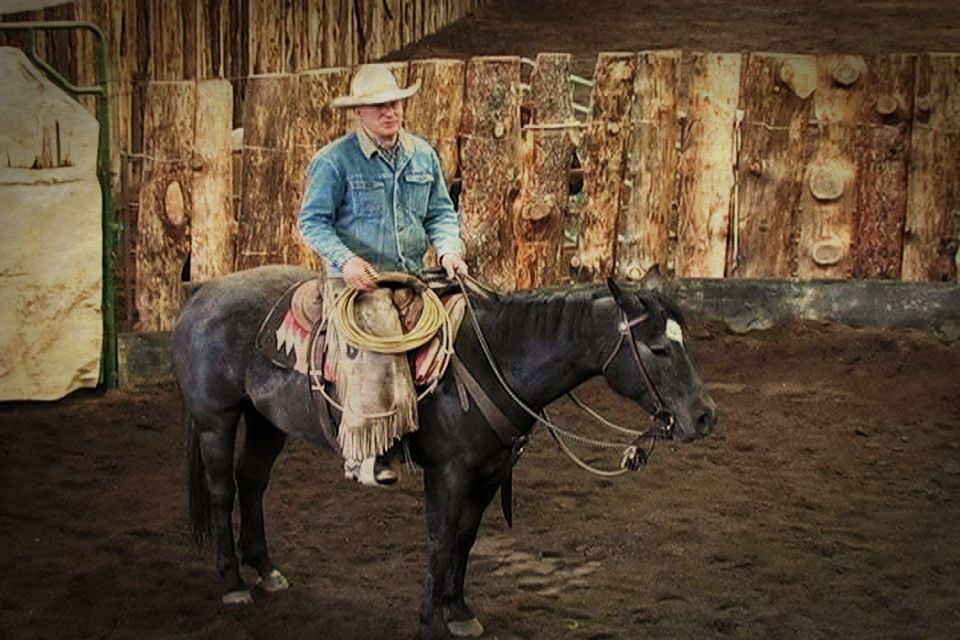