The development of dressage horses falls more or less into two camps, with a lively debate dividing them over the proper foundation and training progression.

For example, should a horse in the early work achieve precise and stable longitudinal balance prior to developing the motion of his gaits? Or, should the horse learn first to push himself forward with loose and rhythmic strides before knowing how to balance and carry himself at all times? The two prominent sides of this training argument are commonly seen as a “German” method versus a “French” or classical Iberian method. It is not as simple as that, though. Historical dressage traditions have melted together so much in our country that it is impossible to say any technique is purely German, French, or otherwise. There certainly are at least two prevalent philosophies regarding the dressage training scale, but it is fair to only loosely ascribe national ties to them. Yet, it is interesting to examine how the traditions may have evolved.

Modern trainers and riders-—competitive or otherwise—strive toward the standards upheld by the F.E.I. and classical riding academies around the globe. With one uniform set of goals, it might seem logical to have just a single path to get there. But that is not the case. Each training system has its own progression to arrive at the same place. So, the question remains: which is the best way?

Sometimes, this question is tackled in forums about classical dressage versus competitive dressage. The former prides itself on a slow, tedious training program that teaches a horse to round and carry itself in an uphill manner in early work. The latter, meanwhile, teaches pushing—as opposed to carrying—power in the beginning, and a primary achievement of horizontal balance prior to uphill carriage.

The difference in methods is sometimes wrongly referred to as “balance before motion vs. motion before balance.” But it is incorrect to say that one school of thought favors balance while the other does not. Both are in pursuit of balance; the difference lies in how each seeks to achieve it. A historical perspective helps explain why different methods evolved.

Prior to the French Revolution, dressage was expressed in ways that emphasized extreme collection and agility. The Renaissance and Baroque eras saw riders excelling in the piaffe, passage, and airs above the ground, the preparation for which included collection and shorter strides in early training. The very “forward” and thrusting movements like the extended trot, on the other hand, were only seen in carriage horses working to cover great distances.

For the most part, this changed during the 19th century when dressage became less of an aristocratic pastime and moved into the cavalry schools. Now, the equitation emphasized longer, flatter strides and greater adjustability of the horse’s frame between varying degrees of collection. Dressage competitions grew out of this environment, and therefore, the medium and extended gaits became part of the tests while the most highly collected movements (i.e., canter in place, etc.) did not.

At the same time, larger and less compact horses like Thoroughbreds and Warmbloods replaced the previously popular Andalusian and Iberian mounts. So, the focus became building thrusting power in these taller, lankier horses with naturally horizontal balance as opposed to an accented uphill body structure. The German system could be said to have grown out of this period.

A current instruction handbook from the German National Equestrian Federation states that by acquiring looseness and by stretching through his back and lowering his neck toward the ground, the horse demonstrates that he is then ready to be pushed into contact and to develop a posture or “frame.”

For those who follow a program like the German training scale, it is through motion that a horse finds his balance. But it is likely that in many cases the training scale is wrongly interpreted and has led to riders being single-focused on creating long, swinging strides and a low neck carriage. This possible misinterpretation may be contributing to an even greater division between today’s prevalent training systems.

Modern-day author, judge, and clinician Charles DeKunffy believes that the hysteria of driving young horses “forward” has led to a decrease in riders’ awareness of balance. He said that he sees numerous riders chasing their horses faster with no attention to how the horse carries himself in the movement.

“Teaching your horse balance before riding your horse forward is so important because forward is so misunderstood now. A forward-moving horse takes weight behind and lifts up in front like an airplane taking off. The horse must be balanced back into the haunches to take the rider forward,” said DeKunffy recently.

For those who follow an approach that favors developing posture and poise early on, more time will be spent in the beginning getting the horse to yield his jaw, relax his poll, and release his neck at slower paces. Through this release and suppling of the front of the horse, he will lift his forehand on his own and will carry himself free of contractions—and therefore in a collected balance from the beginning. This progression differs substantially from the German training scale.

In the 19th century, the French horseman Francois Baucher conducted a series of experiments with a horse standing on two scales that arguably became the cornerstone for this theory that balance should be emphasized before movement. He asked the horse to raise and lower his neck to various positions at the halt and then measured the amount of weight on both forehand and hindquarters at each level.

The results of this experiment led him to develop a truism: balance must be obtained with no interference with movement while, on the other hand, movement in the act of being produced must not interfere with balance. This idea certainly influenced many dressage trainers in the past few centuries, even though it can be interpreted and applied in various forms.

Tina Veder, who has trained Andalusians and Lusitanos horses for the past 20 years, employs these methods to some extent at her facility in upstate New York. She recommends that for horses built naturally uphill, riders should focus on developing collection in the beginning of training. She believes that there is no purpose in driving a horse more forward than he is able to keep his roundness. From the start, her horses learn to go in shorter, more elevated gaits than the training of most young Warmbloods in a German approach.

She said that for her horses, creating big ground-covering strides in the beginning does not have any benefit. Working on collection and yielding the body and jaw, however, puts him into the balance that he will be perfecting for the next several years on his way to High School training.

“We find when you have a horse that finds it comfortable to become round by nature, if he loses his balance, he can come back to roundness. Riders learn to bring them back to balance without tension,” she explained.
Laying down this concept in 1949, the French riding master General Decarpentry wrote:
“By first obtaining a relaxation of the mouth by means of special exercises called flexions of the jaw and getting the horse, by shrewd progression, to move in all directions without deterioration of the relaxation, the rider will have the certainty of keeping his horse constantly and perfectly balanced.” Academic Equitation
He goes on to suggest a lot of walk work, because in that gait, a rider can monitor the form and poise of his horse, making it his primary aim to stabilize and confirm the horse’s posture. This form is not sought for a flattering appearance. The rider maintains the proper form and poise for each individual horse at the point where he is balanced into his haunches, light to the hand, and responsive to the aids. It is the foundation and preparation for all following advanced work.

This early concentration on the horse’s uphill form and contact is a notable contrast to creating balance by developing active, rhythmic steps (mostly in trot) and a downward posture in the horse’s neck, as proposed by the German approach. A trainer could easily be confused which method to choose, with two equally successful—and very different— training systems available to them.

One system appears to balance a horse in the beginning by shortening his strides slightly and yielding his jaw, while the other seems to balance a horse by sending him well forward with larger strides and doesn’t concern himself with contact or the jaw until much later in the training scale.

So, how do we choose among the traditions available to us?

In the end, the debate of methods seems to come down to the type of horse in question. We must keep in mind that each training tradition grew out of a historical context where particular kinds of horses were being prepared for certain styles of riding. Different styles and horses require different approaches.

For somewhat phlegmatic Warmbloods, an early approach that confirms forward energy and a horizontal frame seems to be the right recipe. But for a horse with notably uphill conformation and naturally elevated gaits, like Iberian horses, it appears best to capitalize on their ability to sit into the haunches early on. Also, since they are generally more animated than Warmbloods, more focus can be placed on eliminating jaw and bodily contractions, rather than developing a forward, rhythmic stride. And for horses that fall between these two types, perhaps a blend of both methods is best. 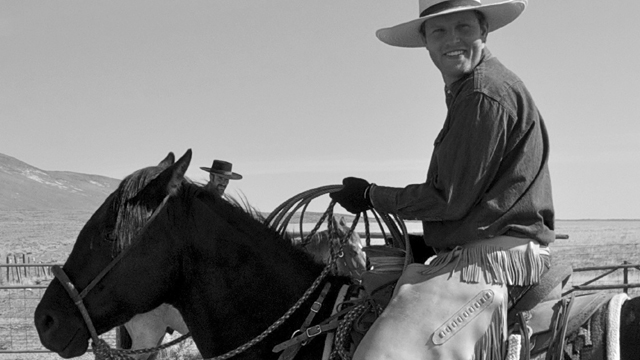