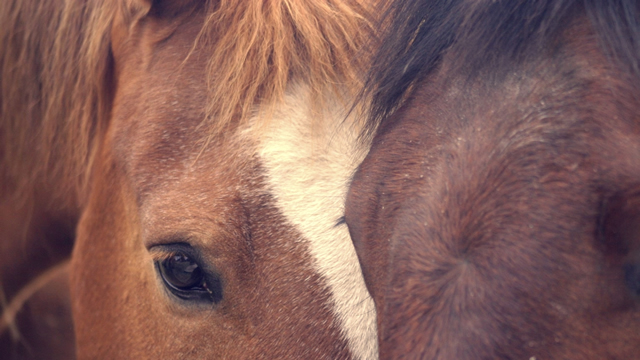 “I don’t know about you, but for me I often had a lot of trouble leaving our yard for the first time on a colt and taking them out for a ride by themselves. That first time, they would be twisting and squirming this way and that,” says Bryan Neubert. “I was in Nevada starting a bunch of colts, and I had a chance to put to use this little deal that Tom Dorrance had shown me years before. I was starting these colts on my own, and when I went out to ride, there was a few inches of fresh snow on the ground.

“I went to take the first colt out of the corral and ride him out of the yard and he was just zigging and zagging all over the place. I eventually got out, but it was a struggle.

“When I rode back into the yard, I saw his tracks in the snow and saw how they were all over the place and all I could think was ‘Is that true unity? Is that a picture of harmony?’ All it looks like is that a man and a horse got in a big argument here.

“And I thought, well how am I going to straighten out these tracks?

“Now this is something that Tom and I had worked on before. What you have to do is arrange the situation so that your idea becomes your horse’s idea. So I rode over to the fence-line of the corral where all the other colts were and I let my colt trot up and down outside the fence-line. We trotted up and down quite a few times, but eventually he turned his attention out, away from the other horses. And then I just sat really still and quiet.

“That would only last for a few seconds, and when he turned back to be with the other colts, I would ask him to trot on up and down the fence-line. As time went on, he would keep his attention away from the other colts for longer and longer. Pretty soon, his ears pricked forward as he headed away, out of the yard.

“This ride is the first day of the rest of their life and it’s important that you build a foundation.

“That day I rode eight colts out for the first time. The first set of tracks were all over the yard, but the other seven looked way different. There were lots of tracks in front of the corral where the colts lived, and the snow was pretty matted down, but the other seven sets of tracks leaving the yard were straight. If you didn’t know what had happened, you might think that someone had turned seven horses loose and they just left the yard on their own.

“On each colt it took me anywhere from 15 to 30 minutes to have them to where they would head out of the yard and say, ‘Let’s go for a ride.’ Once they left the yard, I’d say ‘We don’t have to go for a ride now,’ and take them back to the corral. You see, all I wanted was for my colt to consider going for a ride.

“The next day, if it had taken me 20 minutes to head out, it might take 5. It’s not like it’s set for life, but by the third or so ride I could just get on and ask them to go and those ears would be straight ahead. You could feel in their body they were like, ‘Let’s go for a ride!’

“Lots of times, people who start a lot of horses, and I’ve been guilty of that, too, you think, I don’t have the time to spend on something like this when I’ve got seven more colts staring me in the face. But if you don’t take the time at the start, it’s going to catch up with you on down the road.” 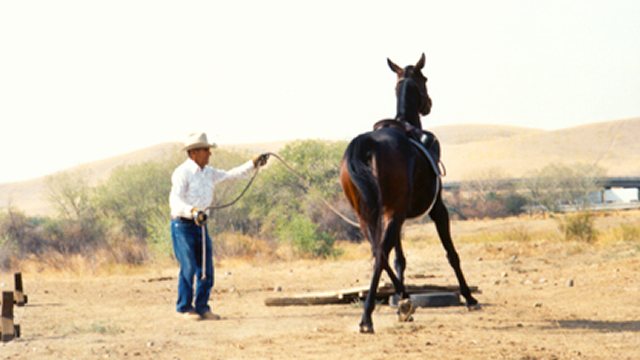 Tom Dorrance: More Than a Horseman