This short book, a practical manual, describes the horsemanship of French Tradition – characterized by lightness – from a down-to-earth point of view.

When one pushes on a horse with the legs, he goes forward, and so does the bit. So, not much should happen as concerns the coming “onto the bit” of the horse, unless one pushes and pulls at the same time.

Now, if you push and pull together you give your horse two opposite orders; “go – don’t go,” and he can only be confused by the contradiction. Most of the time, he will choose to obey only one of these two orders – the one that fits best his character. All you’re goig to get is a dull horse who will respond with less and less generosity to your legs’ orders. Or, if the horse decides to obey your legs, he will have to put up with your hands’ traction and will become heavier and heavier on the bit.

If by contrast, you systematically open your fingers as you give an impulsive order with your legs, your horse will feel free, and will be more inclined to obey. This suppresses a major obstacle to impulsion.

2 reviews for Another Horsemanship by Jean-Claude Racinet 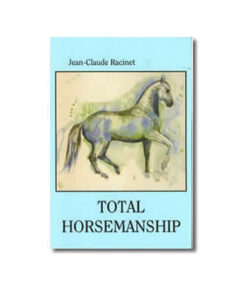 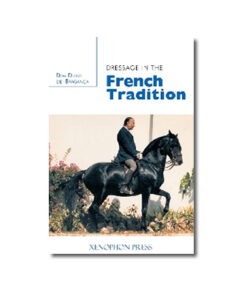 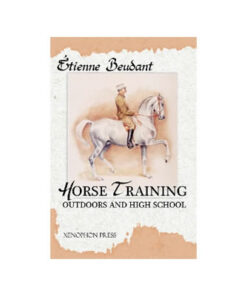