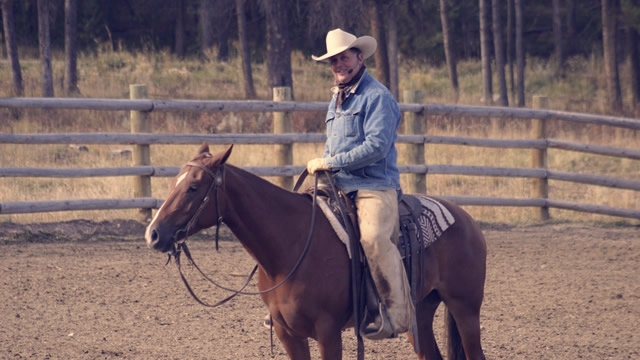 In 1978 I took a job on a yearling ranch in Carmel Valley, Calif. My job consisted of taking care of about 600 head of yearlings during the winter. They also had about 18 head of horses to work with.

When I took the job the previous manager was still living there till I got familiar with the ranch. While showing me the horses I noticed a real pretty bay mare who was about 4  years old. She was by far the best looking of the bunch.

When I asked about her the fellow said, you  might as well get rid of that one because she was crazy. Well, a few days later I got her in and saddled her to see what he meant. She was really troubled about being handled. She would not stand to be saddled and when you touched her it was like touching a rock. I had ridden horses like her before and didn’t really know how to help her get better.

Now Bill Dorrance was my neighbor and was responsible for me getting this job. I called him and told him about this mare, and it was not long until he showed up. Bill really enjoyed helping others with their horses. Especially, if the person wanted to get better, which I did.

I want to go into everything we did with this mare but this is one thing that really sticks out that changed me with every horse I have ever ridden since.

The mare made lots of progress while I was there but she just would not totally let down especially when there was any speed involved. Bill spoke about how my legs had a brace in them. I would ride with pressure in the bottom of my stirrups. He said that maybe that was what was keeping the mare a little stirred up when we got to going fast.

I had ridden a long time that way and it was not easy to overcome that habit. When I would ride released with my legs moving with that mare, she would really let down. Doing that one thing was a big breakthrough for me.

I have a picture of myself riding that mare at a lope with the reins completely loose and the mare’s ears are forward. Probably to anyone else that picture would not mean much, but to me it was a wonderful sight. It brings back the memories and the struggles I had and how valuable that mare was to my education. The nice-looking troubled mare also gave me the opportunity to get to know Bill Dorrance more and work with him.

Eventually I got to roping on the mare as well as any other job that was needed on the ranch. As far as the other 17 head of horses what I learned from the one mare helped all of them, although they did not have the trouble the one did. The lessons learned on the pretty bay mare helped me with any horse I have ridden since. 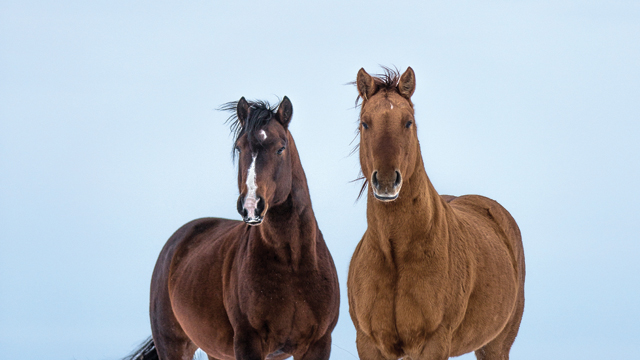