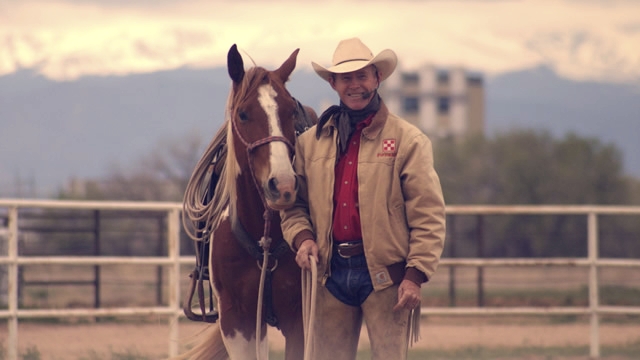 When working with our horses, we should always be thinking about preparing them for what’s coming next – after a while, tomorrow, next week, next year.

In doing so, we should keep things interesting for our horse, so he never feels like he just goes from one drill to another. One way I try to do this is to challenge my horse with new thinks and to do more of what he’s already familiar with, with less help from me. Then I try to be there as little or as much as my horse needs me. I try to let him know that I believe in him and I know he’s capable of getting this little job done. He may not have much confidence, so I try to have enough for both of us. After we’ve worked our way through one of these little deals, I hope I have inspired him—imbued him with ideas and ambitions and confidence to help me out on down the road.

For example, I was riding a horse last week that’s pretty sensitive. He’s an older horse that just hasn’t been ridden much, but we’ve got a little confidence and trust going on between us. I rode out into a little pasture that he’d never been in before, and maybe thirty yards past the gate are three big rocks around the base of a tree. They were the only rocks in sight, and they looked mighty suspicious to this pony.

I thought I’d see just how much he could come up with on his own, so I just pointed him toward those rocks and asked him to walk straight up to them. Well, the straightness wasn’t in there. He was a little afraid, but a little curious at the same time. I just sat up there and held the reins. He’d walk around them in one direction a little ways, then I’d just suggest he go the other direction and look at things with the other eye. It wouldn’t take but a step or two, and he’d rearrange those feet on a slack rein and go the other way. I just stayed out of his way. Pretty quick, he’d worked himself up pretty close to those rocks and decided he could smell of them. I gave him plenty of time to look them over and give them a good smellin’ of.

When I thought he felt pretty good about being there, I picked up the reins and asked him to leave. He left feeling pretty confident about things. I rode him off a ways, then turned and pointed him back at those rocks and put plenty of slack in those reins. He went just as straight to them as a horse could go. He smelled around a little, then stuck his head down in a hole between two of the rocks and the tree.

We went on and gathered a little bunch of yearlings and brought them back to the gate we’d come through earlier. I was on the point, and since these cattle weren’t really thinking about going through that gate, I sure needed to be in the right place to point them through it when it came time. I had to ride within ten feet of those rocks, and this horse went past them like they weren’t even there. Had he sped up or slowed down or spooked at those rocks, I wouldn’t have been in the right place to turn the cattle and might have scattered them all over the place.

Those big rocks presented quite a challenge to that horse. They were an SLT (Humans see UFOs. Horses see SLTs Spooky Lookin’ Things!) All I did was ask him to draw on the confidence we’d built earlier and TRY! I kept encouraging him by giving him just a little direction and support, but mostly I stayed out of the way and let it become his idea. In the end, I believe he was inspired to help me even more than I would have expected.

My horse and I learned a lot from that little scenario, and I hope you did too.

This article originally appeared in Eclectic Horseman Issue No.55

The Horseman’s Gazette – One Year Subscription 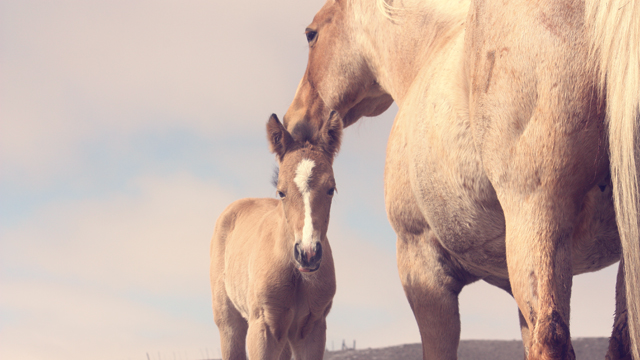