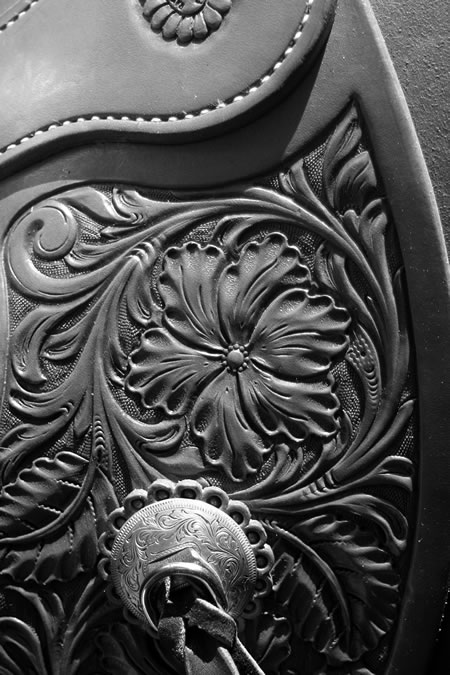 Known best for his rich and beautiful Sheridan-style, wild-rose tooling patterns on his leather work and saddles, Ray Arthun originally hailed from Montana and Wyoming and was a bronc-ridin’ rodeo cowboy. And, as with most youngsters of that time, he grew up being a do-it-yourself kinda guy, and there isn’t much he hasn’t tried.

“I just grew up around it [rodeo and leather work], and that’s what you did,” he said. “Like if I’d been born in San Diego maybe I’d be a surfer,” he laughed.

His father was a rancher, and a jack-of-all-trades—a trait that he passed on to Ray at a young age. Arthun recalls making his own toys as a child, and to being “a pretty good carpenter.” Around fifth or sixth grade in 4-H he began trying some leather work, a passion that continues and serves as his livelihood to this day.

During his cowboyin’ years, Arthun said the first place the cowboys would hit on a trip to town was the saddle shop, which also served as a meeting place. Naturally, it also provided opportunity to watch some of the finest cowboy artisans of the area. Around the same time, Arthun attended Sheridan (Wyo.) Junior College and basically paid his own way by stamping belts and saddles, and doing design work for Sausberry’s Saddle Company which produced saddles and rodeo gear called Top Hand Rodeo Equipment that used world champion cowboy Larry Mahan’s name.

He worked for and learned from Don Wilson, an artist and stamper, then went on to work for both Ernst’s Saddlery (for which Don King of King’s Saddlery had also worked) and finally the famous King’s Saddlery in Sheridan.

Arthun also worked several years as a schoolteacher, and relocated to Franktown, Colo., about 20 years ago where he lives with wife, Christine, and an Australian Shepherd who’s earned the nickname Queenie “because she rules everything,” he laughed. It is here that he has a small shop, fills orders, and has had the pleasure of makin’ a livin’ at it for the past 10 years. He doesn’t advertise, simply because “he couldn’t keep up.”

“I just turned 65, and I’m not retired but I’m not looking for an overload or stress either,” he chuckled. All orders are via word-of-mouth, and those alone keep him hopping and producing roughly 12 saddles and 18 pairs of chaps each year.

“Most of the saddles I make are for ladies that are referred to me by Mindy Bower,” he explained. “I make them on the lady wade tree and they all seem to really like them.”

Although his main products are saddles and shotgun chaps, he says he still makes a few belts, checkbook covers, and breast collars. Until some health issues and arthritis started slowing him down, he made a custom-stamped photo album for the rodeo queen each year, estimated to be worth around $400, and the sashes and breast collars for the Elizabeth Stampede Rodeo.

Simply stated, he admits to “having made about everything there is to be made” and says the real fulfillment comes from stepping back to admire the finished product.

“I think that’s inherent to any artist. I like to stand back and see the visual and say ‘I like that, I made it look as good as I can’,” he said. “I’m a perfectionist, and I take pride in what I do.”

This article originally appeared in Eclectic Horseman Issue No.34 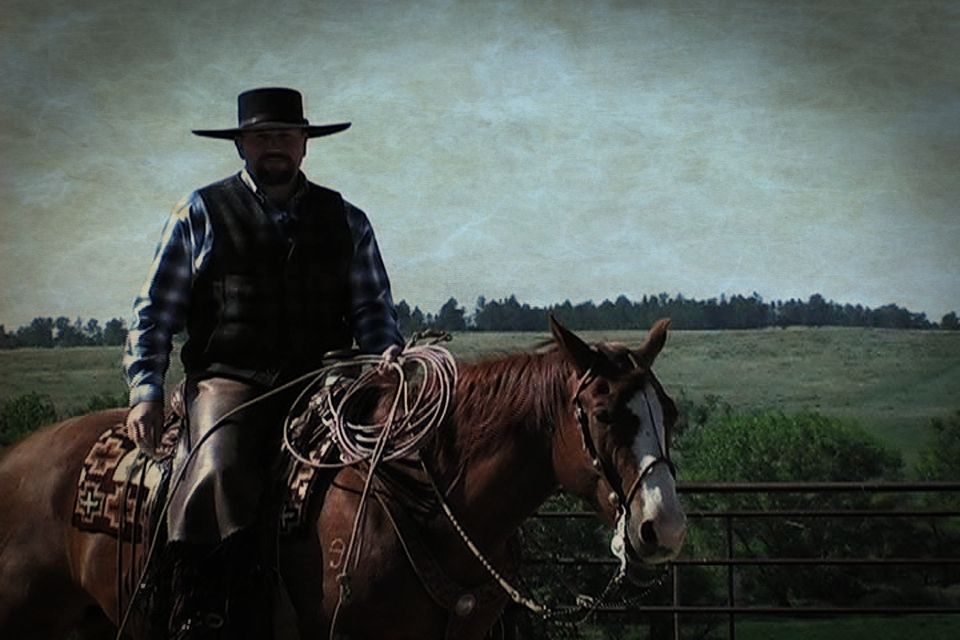