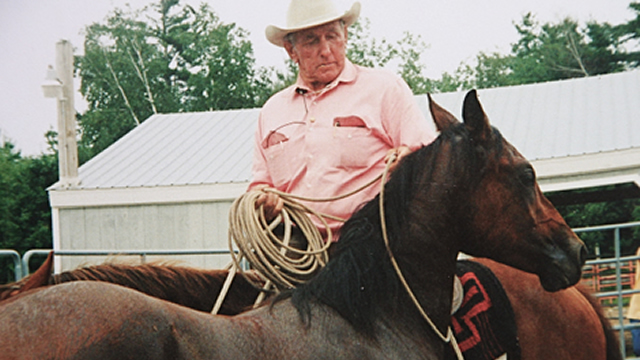 It was the spring of 1975 and I had worked for Ray Hunt twice before. Both times it had been fun and valuable with lots of good horse projects with which to work. When I came back for this time, it started out not so fun

One horse in particular was a big, strong, ranch raised gelding about five years old that I had lots of trouble getting him to go. He’d hang up and then when he would go, he’d kick at my feet and either stampede or buck. He was miserable and I was miserable.

This went on into the second week. Instead of getting better, it was getting worse. This horse had never bucked me off but was getting closer all the time. On several occasions I would mention my dilemma to Ray, and he would just smile and say, “Trust me, you’ll be thanking God for this horse.” But I wasn’t thanking God and I was not having any fun. It was very stressful. I can remember this would be the first horse Ray would have me catch every morning. The only good part of that was knowing that when I stepped off I didn’t have to get back on him for another 23 hours.

That was quite a few years before I had become a Christian and I prayed about nothing. However, during that time I made the exception. I was praying for anything that would have gotten me out of this situation.

One time during the second week when I asked him to accelerate he bucked with me pretty hard. I felt as though I was riding him by the skin of my teeth. The arena was made of big, heavy planks. He was bucking straight for the fence when he plowed his head into those big, heavy planks going full speed ahead.

This brought things to a very abrupt halt. He blew me about half way up his neck and he was pretty well stunned. My heart was racing and I had a nauseous, shaky feeling like I’ve had when I just missed getting in a car wreck.

I looked up at Ray but he as at the other end of the arena with his back to me. He didn’t seem to have noticed my ride. I decided to go down and have a little conference with him. I asked “Did you see this horse?” He said he didn’t and as I began to tell the details he looked down and started to laugh. He said that the horse had blood dripping out of both nostrils. I wasn’t laughing much and told Ray that I didn’t think I was doing his horse much good. He could tell by my face that I was really not having much fun. Ray said, “Well maybe now you are ready for some help.” I was thinking that last week would have been fine, but I sure didn’t argue with him.

When I asked him to go he would try to kick at the spur on my boot. Ray said, “Before he kicks at your boot, ask him on one side, but change to the other side. Bump him with your stirrup, and then with your other spur. Before he kicks at it, change the focus.” Pretty soon that horse just leaned forward like he was going to leave. I wanted to keep the motion but Ray said, “No, no, no, just let him die back down to a standstill then it will give you another chance to start again.” “Just get him going, don’t try and keep him going.”

In a matter of minutes I could feel that horse let down, start to relax and learn to go. His ears were getting up for the first time, his tail wasn’t like a propeller and he wasn’t trying to kick at my feet.

Five minutes made a big difference. In the next few rides I built on this and was able to stand around, then ask him to go right into a walk, trot or lope. He was so much happier, and yes, so was I. I was thanking God for that horse. What I learned on that horse I use on every horse I ride. I use it in everything I do whether it’s getting a horse to load, breaking a colt to lead, whatever. It’s the little things that make the big difference. How many times had I heard Ray explain the importance of settling for the slightest try. I thought I had been doing that but I was not recognizing and rewarding his smallest efforts. Since this time I have started many difficult horses that could not have had the same problem but had no problem in getting them going and had fun with the challenge.

I look back and think of how I suffered and prayed that God would remove this curse from my life. However, I can’t help but think that if God had answered my prayer I would have missed the blessing He had planned for me. It wasn’t fun, but it was so valuable. I suppose Ray let me sweat it out for a time in an effort to make a lasting impression upon me and I would say he did a good job. 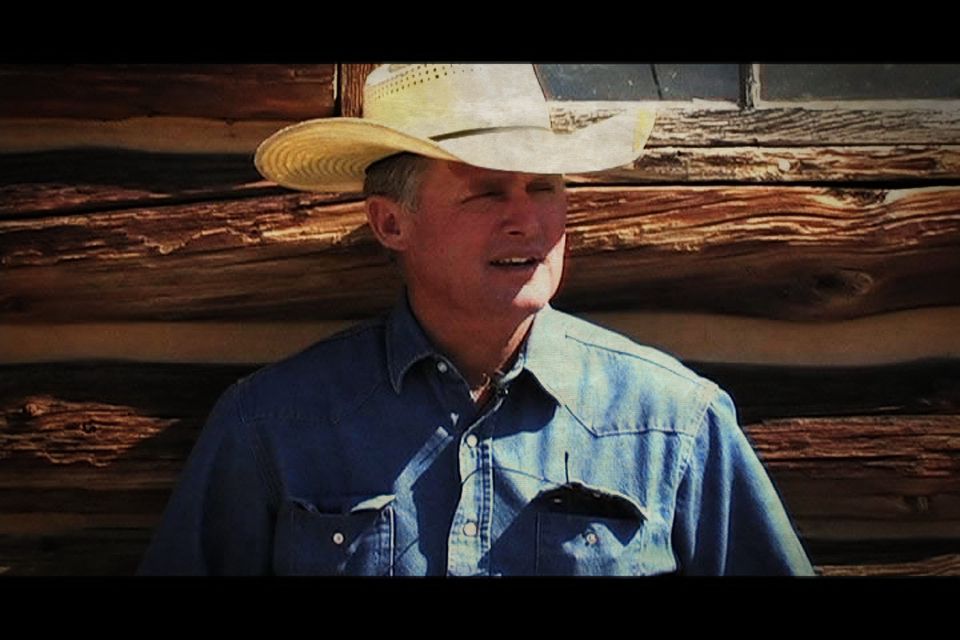