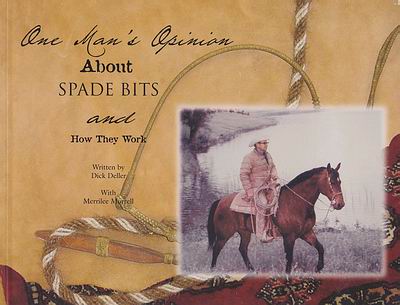 This article originally appeared in Eclectic Horseman Issue No.5

The Vaquero’s horse with characteristic headset rolling the cricket of a silver-mounted bit suggests the essence of California horsemanship. Unlike the Arabic ring bit, which most historians agree was introduced to North Africa and Spain with the spread of Islam in the Eighth century, the appearance of the spade bit in Iberia from its ancient Persian origin is still shrouded in mystery. There is no doubt, however, that transplanted to the New World the spade bit reached its finest expression among the vaqueros of Alta California.

Ever since the days of the Spanish land grants, the system of horse training developed by the Californios has been treasured and practiced by a few dedicated horsemen of each generation while misunderstood and maligned by the uninitiated. During the last fifty years, understanding of the use of the spade bit has been eroded by short-cut methods and financial constraints. It is a rare trainer in this high-speed world who is willing to let the horse dictate the pace and dedicated enough to devote the required effort to the mastery of their application. As a result, the spade bit horse, a product of unhurried training in the hackamore and two-rein stages, is increasingly rare, even in California.

Out of reverence for the tradition and in response to the threat of this knowledge and skill being lost, Deller and Morrell have collaborated to produce an inspiring book that clearly reflects their devotion to the subject.

Dick Deller’s credentials entitle him to an opinion worth reading. As a teenager in the thirties he had the good fortune to ride with such legendary bridlemen as Pat Hoy and Frank Grazida, kindling a lifelong passion for bridle horses. Competing with professionals (there were no youth classes at the time), Deller first placed at the prestigious California State Fair. Deller continued to train and show stockhorses successfully through the forties and fifties and in 1998 was inducted to the Pacific Coast Quarter Horse Association Hall of Fame, uspstaged by his great bridlehorse “Dutch,” who became a member of the Cowhorse Hall of Fame in 1977.

Dick judged his first horse show in 1940 in Salinas and traveled the continent for nearly fifty years, holding judges’ cards from major horse show and breed associations. For many years the late Richie Morgan, Merrilee Morrell’s father, regularly packed up his bridle collection to attend gatherings of like-minded aficionados of fine horse gear. From Morrell’s preface: “Several years ago, the present-day version started at the Mill in Santa Paula, moved to the Barn in Los Alamos, on to others like the California Cowboy catering in Dublin, the Paso Gathering in Paso Robles, the Californios in Red Bluff and others. When these started, several horsemen/cattlemen would come ready with stories and laden with their iron, leather or rawhide treasures for show and for trade. It was not uncommon to see six, seven or eight impressive collections of good using bits, some marked and some maker-unknown.” Morrell inherited a superb collection of spade bits and a deep appreciation for spade-bit horses. She shares both in this book with rich sepia-toned photographs of thirty-nine bits acquired and used over a lifetime.

Morrell’s clear, detailed images with insightful comments by Deller explore the range of decoration, mechanics and innovation achieved by the finest practitioners of the bitmaker’s art. With separate sections on each element of the spade bit, the book clarifies the design of cheekpieces, forgework, silvermounting and mouthpiece variations in minute detail. This is not a step-by-step beginner’s guide to the making of a bridlehorse. Deller’s hints on the finer points of the use of the hackamore and spade bit assume considerable skill and experience on the part of the reader.

While the training of a classic California stock horse is not a job for the neophyte, everyone who admires a well-schooled horse or appreciates the vaquero tradition will treasure this volume. Morrell’s collection, representing the most respected California and Great Basin bitmakers, with Deller’s thoughtful captions. results in a book that has an equal place in a collector’s library, a trainer’s tackroom or a bunkhouse bookshelf. There are more colorful books on bridle bits and the lives of their makers but none more useful or thoughtfully crafted than this slim volume aimed at the student of traditional California horsemanship.

This article originally appeared in Eclectic Horseman Issue No.5 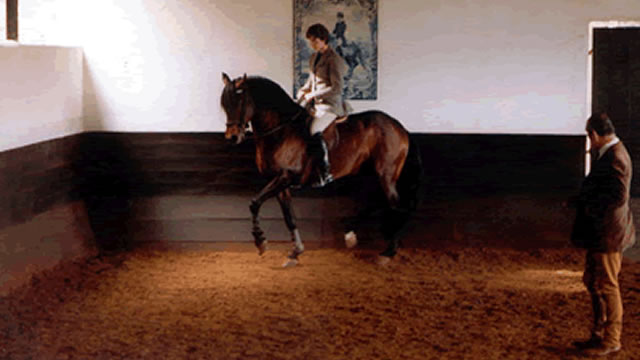 The Definition of “On the Bit”