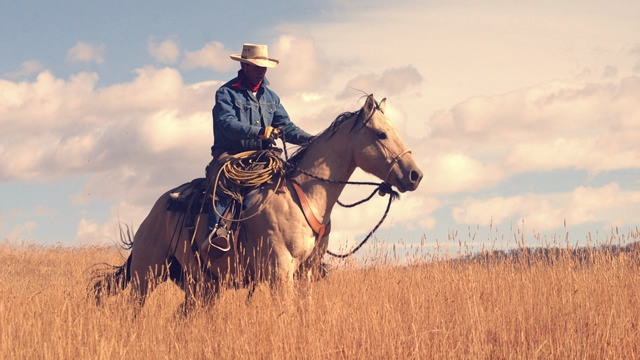 This article originally appeared in Eclectic Horseman Issue No.49

In a previous article I stated that gaining our horse’s attention is the initial step to effective communication (EH #39). Building on that idea, I’d like to discuss the importance of developing the habit of waiting in our horse.

A familiar analogy likens good horsemanship and a dance. In both, partners perform together, ideally in close unison. It’s often pointed out that one partner needs to lead the dance, and with our horses, that partner is us. We lead, they follow. Another way to put this is that we want our horse to ‘follow a feel.’ That’s where the waiting part comes in.

For us to lead, the horse needs to wait on us to present that feel for him to follow. It’s such a simple concept that it almost doesn’t warrant mentioning, but as with gaining attention, it is an important basic step that’s easily overlooked. I often see problems arise from skipping this fundamental step. It is essential for good ground manners and safe handling, and a necessary piece in developing a patient, attentive horse; one that is relaxed and willing to follow our cues, rather than tuning us out to go with his own ideas.

In terms of horsemanship, I would define waiting as the horse NOT searching. In other words, it’s when the horse has stopped looking for a way to go with his own idea, but rather is looking to us, (or really feeling of us), for the indication of what to do. Conversely, if our horse is not waiting on us, we could say he is going ahead with his own ideas, or taking over. I can think of plenty undesirable examples of this, such as the horse tugging away for a bite of grass, walking off before we are settled in the saddle, shoving his head down in a manger for hay or grain, or rushing off as he’s turned loose. I see many horses that haven’t developed a habit of waiting, but instead consistently act on their own ideas, resulting in behaviors such as these. Not coincidentally, good opportunities to develop your horse’s wait coincide with these negative examples.

Let’s consider feeding time. This is one of my favorite chances to help a horse get started on waiting. I would set up feeding the horse individually, say in an oat box or a feed bucket. As I pour the horse’s grain into his feeder, I’m going to be in between the horse and his food. If he doesn’t wait, or pause, seeking my permission to go ahead, but instead shoves his head towards the grain, he’s going to bump his muzzle into the grain scoop, or my hand, or my elbow. His head may well pop up and quickly right back down towards the grain, where it’s going to bump into something again. In seconds, he might start weaving or ducking his head, trying to get over, or under, or around me to get to the grain. I wouldn’t try to hold him off it, but instead continue waving the scoop gently over the feeder, just enough for him to bump into it before he reaches the grain. He may turn his head off the other way, perhaps get tense and hold a foot up, maybe begin to paw, or leave and come back. I’ve seen horses test any number of ideas to try to get what they want. (Be careful. If your horse is disrespectful enough he may become aggressive. In that case I’d say he definitely needs this, but you may need some help on the start.) All the while, I would be intently watching for the slightest little pause, when the horse quits trying to go around me to get what he wants, and instead just waits. Initially, this waiting can be seen as a stillness, which for me is most easily noticed in the horse’s eye. It is probably best pointed out, but if you look for it, I’m sure you’ll recognize it when you see it.

With a horse that is not in the habit of waiting you really have to be ready to release, because the try is not likely to last long. That pause is the start. That’s when I would release, or allow him to go ahead and eat.  From there we build. Over the next couple of feedings I would expect the wait to become more definite, and begin to last longer. I would start to ask for it in all different situations. That momentary pause can develop into true patience and attentiveness, enhanced further and further to the point that a more advanced horse doesn’t change from what we have him doing without our suggestion or permission.

I’ve heard Martin Black speak of anticipation in a horse. He stated that he often hears it mentioned in a negative way, but that he doesn’t see it as a bad thing. I understood him to say that a horse needs to anticipate at times in order to make quick, sudden movements or maneuvers, but that overanticipating is a problem. That makes a lot of sense to me. I’d say anticipation is necessary for preparing, but that overanticipation would be the horse not waiting. For example, let’s think about a more finished horse that we expect to execute precise maneuvers. Imagine we want a lead change at a particular spot in the arena. If the wait is well developed, we can let him know the lead change is coming, but ask him to continue on, as if our cues were saying- “get ready…but not yet… not just yet…okay now.” We prepare him for the maneuver, and then he takes care of it, just when we need it. So with waiting, as with anything we want to develop in our horse, I’d suggest we start small (maybe very small) and build on it, until it becomes prevalent in all that we do with him. But I don’t believe it takes a very educated horse, or a very long time for this to start taking place. Initially, with a young horse, or one that is green, we might do well to allow him to go with his ideas, and we can just accompany him. As his understanding, or education, progresses, he can learn to accompany us. We begin leading more, until soon the horse doesn’t go without a feel from us to follow. Ray Hunt says, “First you go with the horse, then he goes with you, then you can go together. But he doesn’t go without you.” I’d say that’s waiting. Again I think it takes us offering the horse just what we would like from him; our attention and awareness of smaller details, then the patience to let him find it and develop it over time.

This article originally appeared in Eclectic Horseman Issue No.49 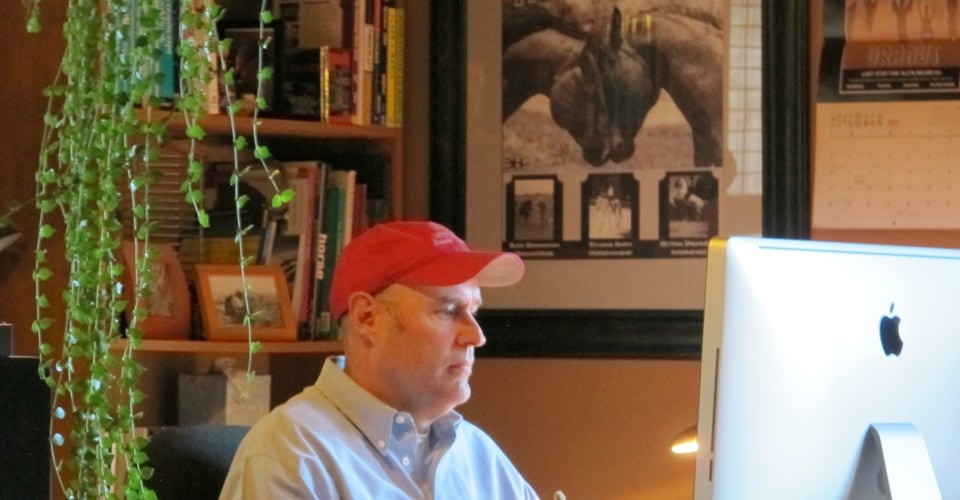