“I learned this the hard way. A lot of times in the winter I start colts, when there isn’t much to do with the cattle. There is usually snow on the ground, and it’s cold and muddy. If you get your hands wet, then they crack. You’d rather not get your gloves all muddy, so you end up not handling their feet. “One spring I was tired of trying to fight my horses when I went to shoe them and I decided that I was just going to handle their feet when I started them. I didn’t do much more than what I’m showing you now, just a quick deal. I rode them just six or seven times getting them started. Later on, when I went to shoe them, they were better than any of my old horses.

“It doesn’t take a whole lot, but if you get them nice about their feet when they are young, then you don’t have to sweat so much when they weigh a thousand pounds.”

At a clinic this summer Bryan worked with one filly in the colt-starting class at his clinic in Platteville, Colorado. The filly did not want to have her feet handled. Her owner was having difficulty getting her to pick up her foot, so Bryan showed her some ways to be successful at handling her filly’s feet.

Time Up With Feet

First suggestion was that the owner time up with the horse’s feet. She was drift- ing away from Bryan with her hindquarters, trying to avoid having her feet touched. So, when she picked up her hind foot, Bryan simply reached down and lifted it off the ground.

Get Your Hand Around the Foot

By holding the bottom of the hoof in his hand, he can keep a good hold of the hoof even if the filly starts to move away.

Get the Weight off the Foot You Want to Pick up

If you want to pick up a horse’s foot, you’ve got to get the weight off of the foot. Bryan showed how you can use your shoulder to push against the horse’s hip, or if the horse is saddled, you can push against the cantle of the saddle. If it’s a horse that you think might kick at you, you can push with your right hand (if you’re picking up the right hind) so that if the horse were to kick at you, you could push yourself away from his hind legs.

If the Horse Wiggles, Go With Her

The horse wanted to drift away from Bryan and was trying to get away from having her foot held up. Since Bryan had a good hold around the bottom of the filly’s foot, he could keep ahold of it and just move with the filly. Horses look for the place where they get relief. Bryan gives her a chance to wiggle without getting relief for it. She learns that she gets relief when she is quiet, not when she wiggles.

“Pretty soon they get so where when you reach for their foot, they are figuring on being receptive rather than rejective,” says Bryan. “They figure on you handling their foot rather than wiggling out of it.” 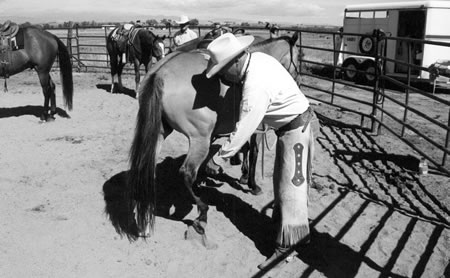 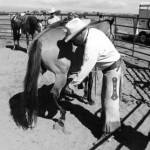 Bryan times up with the filly’s feet, to reach her foot as she picks it up. 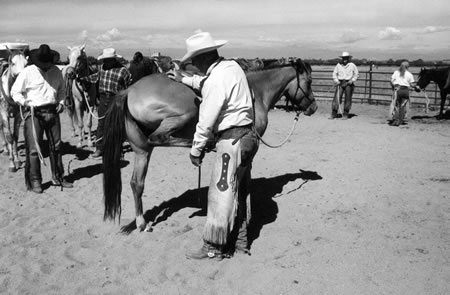 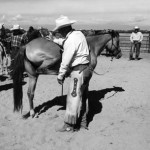 Once he has ahold of it, he puts the whole foot into his left hand and holds on. 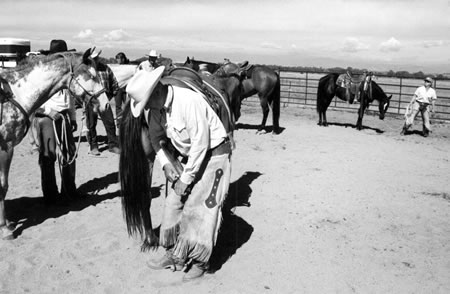 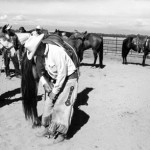 Bryan simulates shoeing the filly by tapping on her foot with his fingers. 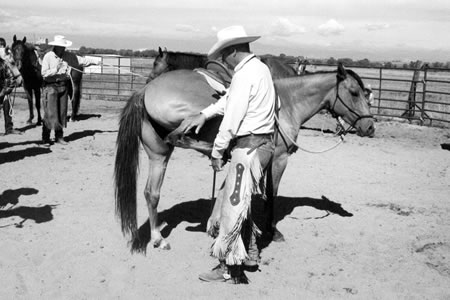 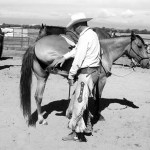 At first the filly is really wanting to wiggle around. Bryan holds her foot. 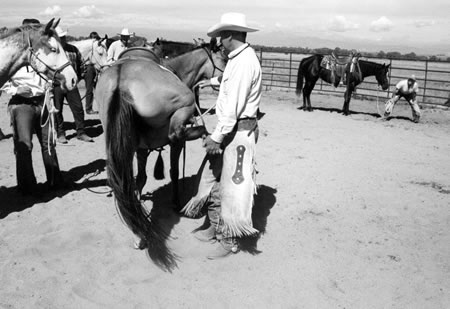 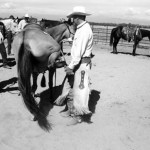 Bryan does not release the filly while she is trying to get away from him. 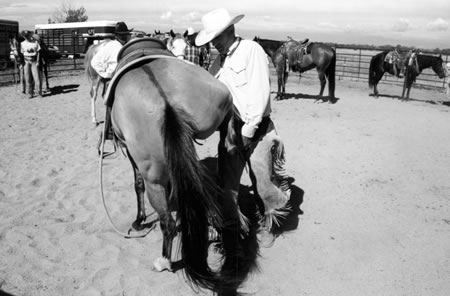 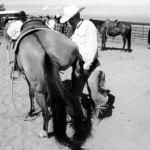 When she finds that relief comes from yielding, she will stand on three feet. 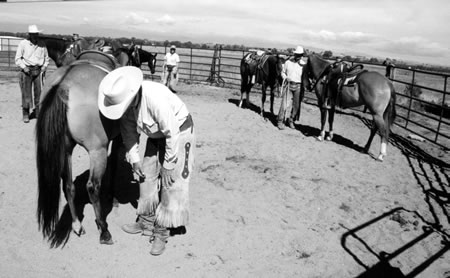 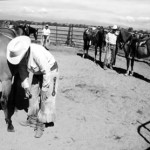 Several ways to get the weight off the hind leg. Push with shoulder agains hip. 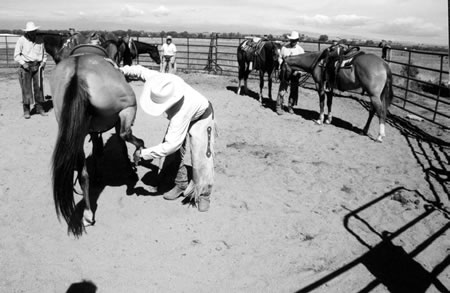 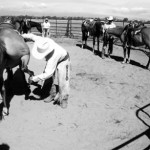 Push with right hand. Grab hind foot with left as the weight comes off it. 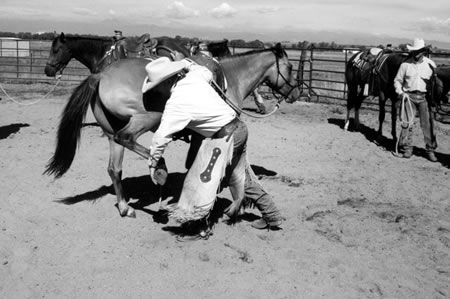 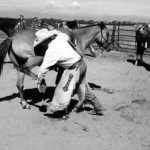 If horse is saddled , you can push against the cantle to rock the weight off the foot. 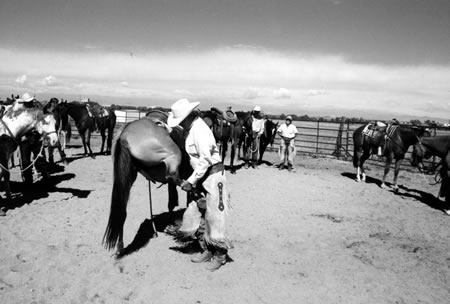 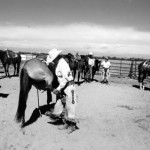 He lets her move around and just moves with her, letting her find the answer. 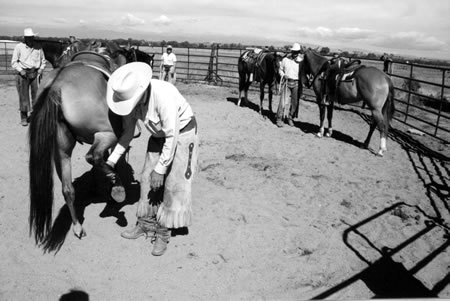 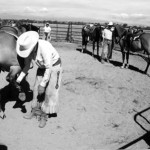 Once she starts to to give and relax, he will prepare to turn her foot loose. 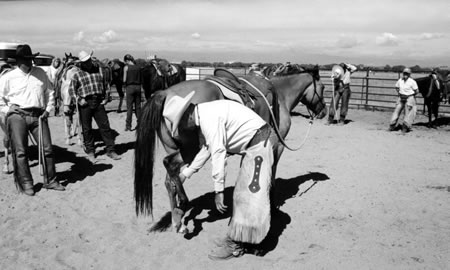 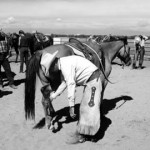 He releases the foot and places it on the ground. She doesn't pull her foot away.

This article originally appeared in Eclectic Horseman Issue No.3