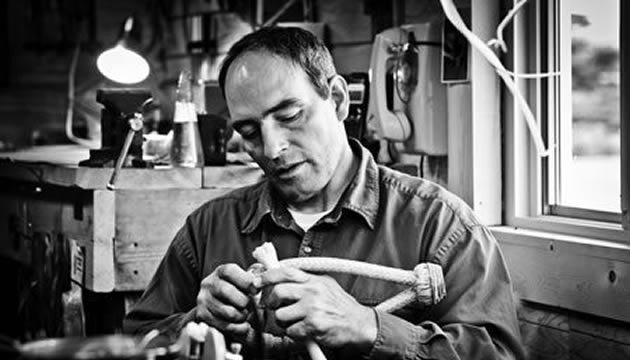 When Nate Wald was a student at Bozeman’s Montana State University, he took a short road trip northwest on Interstate 90 to Three Forks Saddlery, one of the West’s key suppliers of handmade saddles and tack. Row after row of saddles occupied the store’s floor space. Bits, reins, cinches and other gear lined the walls. As Nate browsed the shop’s inventory, one piece stood out: a pair of braided rawhide reins.

Nate had grown up working on his family’s ranch outside Lodge Grass, Montana. The buckaroo influence on his working style had been nearly nonexistent. He used split reins and swell-fork saddles. There was no rawhide to be found in the tack room. In fact, Nate had never laid eyes on a set of rawhide reins until that visit to Three Forks. The work, though, with its intricacy and detail, fascinated him. Nate was a stockman, a ranch cowboy, a rough-stock rider. Craftwork—making something with his hands—had never interested him, until that moment. Standing in the store, handling that set of reins, he felt a compulsion to make such work himself.

A few months later, in the spring of 1989, Nate was a few credits shy of graduating from MSU, and had a job calving heifers on a ranch outside Bozeman. The work left time for other pursuits. When a heifer lost a calf, Nate harvested the hide and cut strings. Armed with Bruce Grant’s Encyclopedia of Rawhide & Leather Braiding, he began experimenting.

“I did everything wrong,” Nate recalls. “My strings were crude and I’d get the hides too wet.”

Still, his obsession remained unabated. After he graduated and returned home to work on his family’s ranch, Nate continued his experiments with braiding. The Bruce Grant book served as his sole source of instruction until a visit to Sheridan, Wyoming’s King’s Saddlery provided an introduction to braider Vince Donnelly’s work. As taken as he was with Donnelly’s braiding, Nate was equally impressed with the fact that a braider could earn a living in the craft.

Nate got in touch with Vince and arranged to trade a Charolais hide for a supply of Donnelly’s fine-cut, beveled strings. Equipped with superior raw material, expertly prepared, Nate was able to braid a set of reins that came close to fulfilling the ambition that had overtaken him that day at Three Forks.

The young braider made return trips to Sheridan to study Vince’s techniques, tools and working environment. Other influences appeared, almost by accident. Nate became acquainted with Montana braider Randy Rieman at a poetry gathering, and the veteran craftsman began providing feedback on Nate’s work. When Nate began studying the horsemanship of clinician Bryan Neubert, himself an accomplished braider, Neubert took an interest in Nate’s efforts with rawhide, and offered insight on specific techniques, as well as suggestions for more efficient approaches. Ed Dubeau of Billings, and iconic horseman Bill Dorrance, as renowned for his braiding as he was for his horse-handling, also offered wisdom and encouragement. Each exchange with a mentor strengthened Nate’s braiding vocabulary and his understanding of the craft’s fundamentals, preparing him for the next conversation.

“I’d done enough to have a few skills,” he explains. “From there, you can learn something a little more advanced, jump to the next level, and work with that for a time, developing your skills through repetition. Then someone helps you with even more advanced techniques and you jump again.”

Today, Nate is one of the West’s premier braiders. His work is sought after by working cowboys, competitive horsemen and collectors. A member of the Traditional Cowboy Arts Association since 2000, he’s also one of his craft’s most influential instructors, teaching seminars, hosting students at his Lodge Grass shop, and offering feedback and insight to countless aspiring braiders. That his own braiding career began with something as fragile as a moment’s inspiration, and was fostered through guidance found almost exclusively through accidental encounters, helps fuel Nate’s desire to teach. Rawhide braiding’s survival as a craft, he contends, requires creating opportunities for young craftsmen to find answers to their questions.

“When I began, workshops were unheard of, and it really was a dying craft,” Nate says. “It just wasn’t something many people were doing. It’s a good example of why TCAA formed in the first place, to create interest and to create educational opportunities.”

TCAA conducts rawhide-braiding workshops as part of its lineup of educational events, and each of the group’s members mentor students on a one-on-one basis. TCAA’s January 2014 Emerging Artists competition, hosted by Arizona’s High Noon Western Americana show, will focus on rawhide braiding, as well as bit and spur making.

“The discipline is stronger than it’s been in years,” Nate says. “There are a lot of young braiders working and getting good, and I get two or three emails every day from people asking how to get into it, and from braiders asking questions about how to progress.”

Helping aspiring braiders establish their priorities is arguably one of the most valuable roles a mentor can serve. Nate says braiders at every skill level should work with the best hides they can acquire; emphasize feel, balance and usability in their work; and strive to create straight, clean, uniform results. Such “finish” comes from repetition; newcomers to the craft, Nate adds, should embrace the idea of working for the sake of the work, and achieving incremental improvements over time.

“Once I started braiding, I never quit,” Nate says. “Braiders just have to work at it, not cut corners, and be particular enough in striving for that straightness and cleanliness that it becomes the way they work.”

Meanwhile, Nate’s own education and growth as a braider continues. He’s studied Argentine rawhide braiding—even traveling to South America to learn from master craftsmen—and has incorporated certain Argentine techniques into his work. Other influences are indirect: over the years, Nate’s worked with the likes of Neubert and Texas horseman Joe Wolter to refine his horsemanship and roping; continual advancement as a horseman and stockman, Nate says, has helped him improve his braiding.

“You learn more about why a piece works or why it doesn’t, and that’s important,” he explains. “You can look at your work, or another braider’s, and know how it will feel, how it will react, and whether or not it’s going to be functional.”

The intrigue surrounding rawhide can hold someone in its grip for a lifetime. A quarter-century after that initial exposure to braided rawhide, Nate still finds inspiration in the material, and still experiments with new techniques as he works to unravel the mysteries inherent to his craft.

“I could braid leather, I suppose, but I don’t care to,” he says. “There’s a feel and life to rawhide that no other material has. It’s like it’s still alive. It expands and contracts, like it wants to get back to the way it was. In braiding rawhide, you can capture that.” 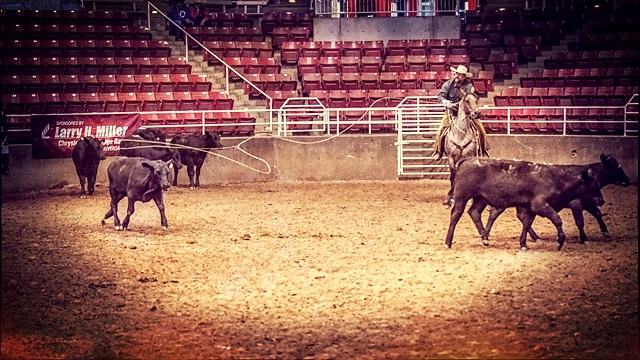