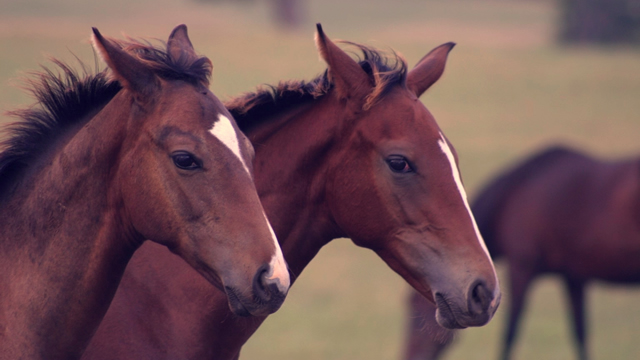 This article originally appeared in Eclectic Horseman Issue No.13

You probably already have had your horse tested for EIA. This article will explain the importance of Coggins testing and describe the challenges of Equine Infectious Anemia.

State Regulations
Each state has, and enforces, its own regulations for Coggins testing and Coggins test timing. Until uniform methods and rules were published in 2001, there were even more variations.Now, generally, you are required to have your horse tested for EIA within six months prior to gathering with other horses in exhibitions or competitions, shipping between states, or changing ownership. Clinic management and boarding facilities may or may not require testing, but it is safer for your horse if you attend only gatherings where testing is required. Why?

Equine Infectious Anemia
EIA affects horses and their relatives in the Equidae family including mules, donkeys and zebras. It does not affect other ranch animals or people. It is infectious, meaning that it can be transmitted from horse to horse—but it requires a vector to transport the virus. The most common vectors of EIA transmission are flies with relatively large mouth parts (like horseflies and deer flies) and used hypodermic needles. Anemia is a drop in red blood cells, which can be a clinical sign of EIA but is not limited to EIA.

No Vaccine; No Cure
While EIA has been around for a long time—it was first identified in France in 1843, and first tentatively identified in the USA in 1888—no vaccine against the disease is currently available. Research is ongoing. In 1984, increased attention and funding resulted briefly when the EIA virus (EIAV) was found to be related to the human immunodeficiency virus (HIV). This interest was brief, and attention by non-horse owners has waned.

No cure for EIA has been found, perhaps in part because the virus can change its form (like the AIDS virus can). Once infected with the EIAV, the horse remains infected for life.
Treatment is dictated by the individual animal’s condition; there is no specific treatment.

Acute EIA
While acute responses to EIA infection are rare in natural situations where blood-feeding insects transmit low doses of the virus, it is useful to describe this scenario.
Unfortunately, the clinical signs of acute EIA are rather nonspecific. The predominant symptom is fever, which may appear rapidly but last less than 24 hours. Even vigilant horse owners and veterinarians might miss or incorrectly diagnose the fever because it can be short-lived and because fever is also a response to many other equine diseases (like influenza, also known as flu, and equine encephalitis, also known as sleeping sickness). In some cases death can occur within two to three weeks.

Possibly the horse will survive this first acute attack and appear to recover… maybe even without having been diagnosed as ill. If the horse escapes detection at this stage of the infection, he may continue to move freely among other horses; this is risky.
The first indication that the horse was exposed to and infected with EIAV may well be a positive test result on a routine annual test.

Chronic EIA
The horse that survives the acute phase may have recurring episodes of the disease. These bouts are thought to be caused by new mutant EIAV strains generated in the infected horse. Signs can include very high fever (105 – 108 degrees), tiny spots of hemorrhage on the mucous membranes, depression, weight loss, edema of the lower body, irregular heartbeat, and anemia. It is during the acute phase or recurring episodes that the horse is most infectious.

Inapparent Carriers
By far the majority of horses who test positive for EIA are carriers that appear healthy. They may have low or high amounts of the virus in their blood (and it is not easy to determine which is the case). In general, the chances of transmission from an inapparent carrier are lower than from a horse with clinical signs of EIA.

Transmission Chances
Exposing your horse to an EIA positive horse is clearly dangerous, but the level of danger is unpredictable. In general, a horse’s chances of becoming infected increase when: more flies are present; the insects are interrupted in their feeding (often by the horse’s defensive action) and carry infected blood on their mouthparts; larger amounts of blood are carried; more carrier horses are present; and the horses are in close physical proximity.

Chances decrease when: fewer flies are present (in winter, for example); the flies finish their meal on the same horse; the blood dries on their mouth parts; flies don’t bite another horse within 30 minutes; and the original host horse has a low concentration of the virus in his bloodstream.

For reasons of EIA transmission, and exposure to other insect-transmitted diseases, fly control practices around the farm are advised. Minimize fly habitat by removing manure and ensuring that the land is well drained. Use appropriate insect repellents. Use single-use disposable needles and syringes once and dispose of them safely; use a “sharps” container. Never use any potentially blood-contaminated instrument on more than one horse. Sterilize any instrument that is designed to be reused.

Quarantine
Since the transmission risk of EIA for any particular horse is unknown, we tend to treat all EIA positive cases the same. There are very few options available to owners of EIA positive horses. Consult your local veterinarian for specific information as needed.

A few states allow lifetime quarantine in a facility meeting state standards and undergoing periodic inspections. Research has shown that an infected horse (in any phase of the disease) cannot transmit the virus to another horse standing more than 200 yards away. While quarantined horses are absolutely restricted to the quarantine property, they can live out their lives there. They should be current in their vaccinations for other diseases and kept in good health to decrease the chances of death due to disease. As long as they are not unreasonably stressed by exercise, they can be used; one site in Florida had an active riding school for many years.

Testing
The Coggins test was developed in 1970 by Dr. Leroy Coggins. It is the most commonly used test, and many horse owners are familiar their vet drawing blood and filling out the form detailing the horse’s identity (including white face markings, hair whorls, scars, brands, etc.) for this test. This test (and the other three official tests, all of which require a subsequent Coggins to confirm any positive results) detects antibodies that the horse’s system has produced in response to the virus; these tests do not test for the virus itself. This is why a recently exposed horse may not have a positive test; his immune system has not had the time to respond to the infection in a measurable way.

It’s a good idea to test your horse for EIA annually as part of your routine health program. This lets you know he’s negative for antibodies at that time. To be more certain of his health status, you also need to know the EIA status of the horses he’s been in contact with during the last 60 days.

You can also require that any horse coming onto your property be tested beforehand and have a negative Coggins when he arrives. To be safe, he should not have been exposed to potentially EIA positive horses since the test.

As long as untested horses—which might have EIA—mingle with tested horses, there is a danger of EIA transmission. Since transmission chances depend on so many variables, and the disease has the potential to be fatal in itself or result in euthanasia, mingling with other horses is a high-stakes gamble. You can choose not to take it.

This article was prepared with material from the United States Department of Agriculture (USDA) Animal and Plant Health Inspection Service (APHIS). Credit also goes to the many researchers and veterinarians who have worked on EIA research and on APHIS publications, particularly Drs. Leroy Coggins, Tim Cordes, Eileen Ostlund, Beverly Schmitt, and Chuck Issel who reviewed this article. For more information, see the APHIS Web site at http://www.aphis.usda.gov/ In particular, see APHIS products: the video “EIA—The Disease and Its Control” in a package with the pamphlet “EIA: A Status Report on its Control,” 1996; and the update “EIA: 2001 Update, and Equine Infectious Anemia Uniform Methods and Rules, Effective March 1, 2002,” APHIS publication 91-55-064. The publications are available on the APHIS Web site; the video, while out of print, may be made available through Dr. Cordes at (301) 734-3279.

This article originally appeared in Eclectic Horseman Issue No.13 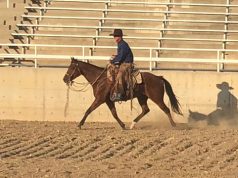 Make the Most of a Moment

What Humans Can’t Teach: The Importance of Herd Socialization for the Performance Horse 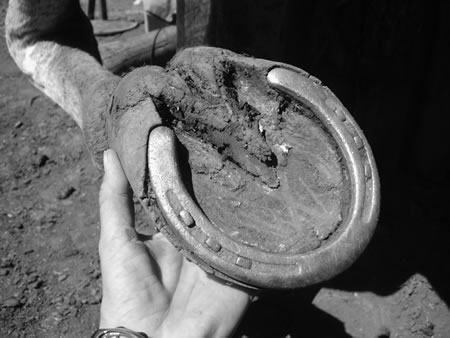 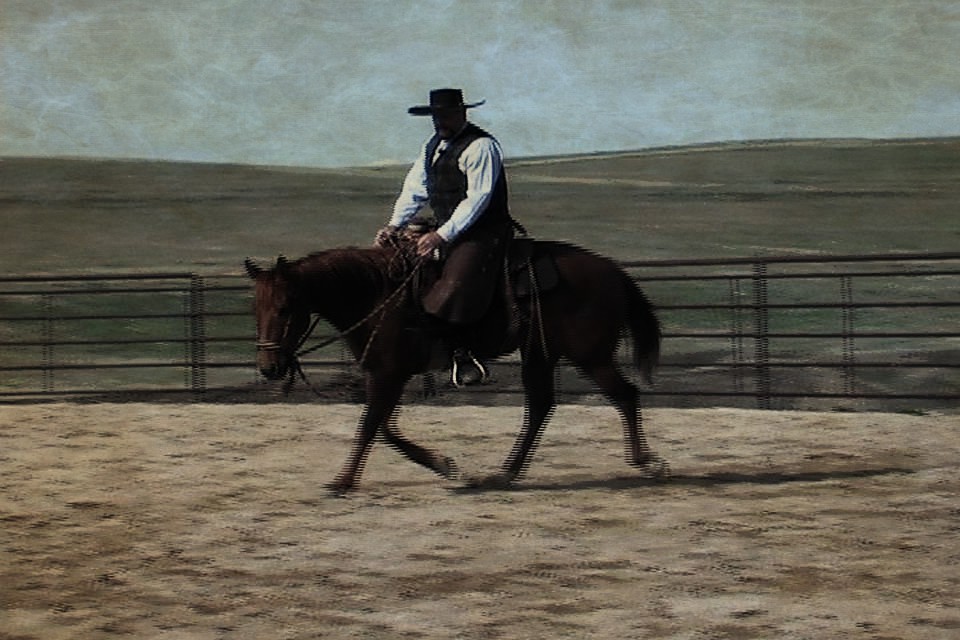 Warm Up for the Branding with an Imaginary Cow with Scott...