This article is from issue No.108

During a recent clinic a rider asked Joe how she could get her horse to back up better. Joe answered the question by having the rider first check out how her horse was moving forward. “It’s not about what you’re asking; it’s about what you mean to the horse.”

A story from a time working with Bill Dorrance helped illustrate what Joe was talking about. “I had this horse that was real bad about backing up. He would just drag his feet,” Joe says. “But what Bill showed me was that a lot of times the problem isn’t what you think and you might need to work on something else to get to figure that out and get it to have meaning to the horse.”

Bill didn’t focus on the backing problem. Instead he looked elsewhere.

“He wanted to know what the horse was like going forward,” Joe says. “It was the opposite of what you might think, but it turned out that horse actually was kind of sluggish going forward. So Bill had me really work on getting him to hurry it up, and to move right out when I asked him to go forward. By getting him better about moving forward that horse got to where he would just step right back, whereas before the life in my body hadn’t meant much to him. Once it started to mean something to the horse, I could get him to think about backing up.”

Backing isn’t something you’ll observe horses doing very much in their natural environment. “It’s more natural for them to go forward,” Joe says. “Backing, especially from the saddle, has to be kind of a learned thing.”

For Joe, a horse learns to back by making the choice to back up. Before the horse actually takes a step backwards his weight shifts back, but before the weight shifts the horse thinks about shifting back. “The rider has to recognize this and reward the thought. That is so important to the horse.”

How do you get a horse to think shifting the weight back?

One method Joe finds effective is to pick up on the reins and then use his legs to encourage the horse to move, allowing the reins to discourage forward movement. “The horse might have to work at it a bit, struggle a little to figure out the answer is backwards not forwards,” Joe explains. “But you have to let him discover this for himself. Just pulling on the reins and dragging him back deprives him of a learning opportunity.”

In addition to depriving your horse a learning opportunity, you’ll also be depriving yourself all of the benefits that come from a horse that’s physically and mentally eager to move whenever and however he’s asked.

“People like to talk about the look Ray Hunt’s horses had,” Joe says. “I think a lot of it was that his horses were right there with him and ready to go. When he picked up on the reins they didn’t lean forward; they shifted their weight back and got themselves organized for whatever was needed of them. When they did move forward, they left with a hind foot,” Joe says. “It was real important to Tom and to Ray that the horse operate from behind.”

So it’s not just about backing up. It’s about preparing your horse by helping him get under himself. “It just feels so much better when your horse is engaged and prepared both mentally and physically. Some horses need more encouragement to get ready than others; like that horse Bill helped me with. For other horses it comes a little more naturally,” Joe says. “But they can all do it. The important thing is to not just settle for what you have if your horse isn’t really getting ready. That’s a lot of what Ray had going. He never settled for less in himself or his horses.”

Joe is quick to point out that Ray never asked a horse to do anything the horse wasn’t capable of doing. Yet because Ray made sure his horses were with him and at the ready, both mentally and physically, it seemed Ray could ask virtually anything and they would do it. It seemed like he could ride them up a telephone pole or down a badger hole, as Tom Dorrance was known to quip.

While you probably won’t be riding up any power poles or down too many badger holes, helping your horse shift his weight back so that his body is arranged and ready to respond is key to just about everything else – stopping, turning, collection, lead changes.

“For me it’s not something you can force, like trying to drag a horse backwards. It’s something you have to help the horse decide to do,” Joe says. “That’s when you’ll get the most benefit out of it and when you’ll have a horse that’s truly ready, willing and able.”

So what does your horse decide to do when you pick up on the reins? 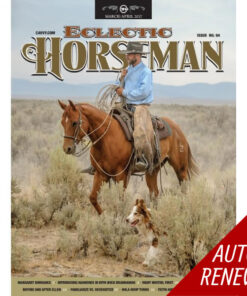 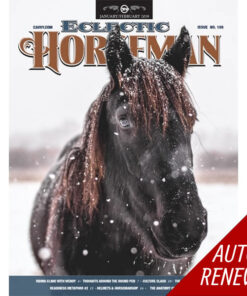 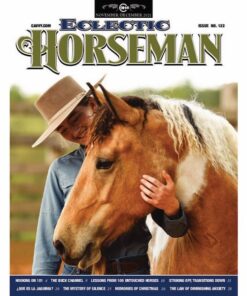 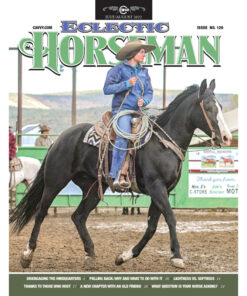 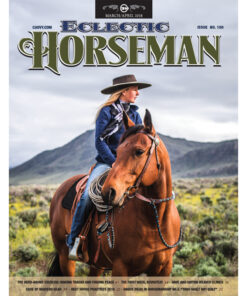 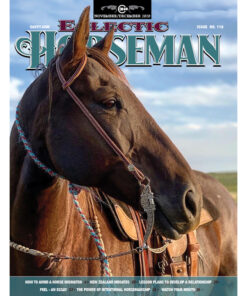 Eclectic Horseman – One Year U.S. Only

Patti Hudson grew up riding jumpers at Fort Sam Houston, where the Modern Pentathlon trained. But her family roots were out in west Texas and a few times a year her father would take her there to a friend’s ranch to ride. It fueled a love for cattle, horses and arid, open spaces that eventually led her to eastern Oregon. In mid-70s, she met Ray Hunt and Tom Dorrance. Getting to know the two men changed more than her approach to horses; it started her writing career.