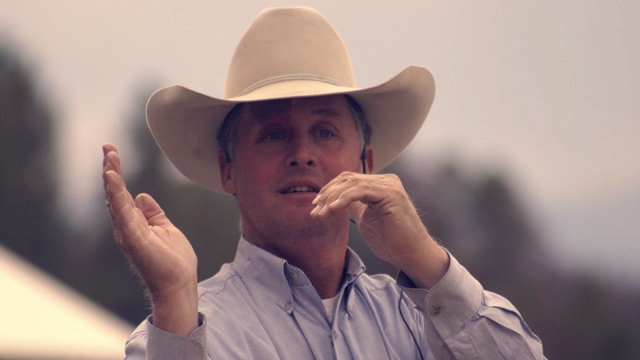 In the late 70s and early 80s I was riding colts and doing day work for area ranchers in central California. At the Rana Creek Ranch in Carmel Valley a few of us were going to gather two or three hundred cow-calf pairs up this valley and drive them down the valley where we could cross a county road and drive them into a new pasture where we would leave them. On the way up to gather the cattle, Bill Dorrance asked me how many rides I had on the horse I was on. I said about five. He said, “You know, Joe, when we get these pairs down there to cross this road we’ll need everyone here, and there might be some running.” He then asked me if I had ever had this colt wide open. I said “No.” Bill said, “Before we get to these cattle it might be a good time to expose him a little.” And so I asked him what he thought I should do.

He said to go from a walk to a trot to a lope to a run then back down, but take as much time slowing down as I did speeding up. I did this several times until my colt didn’t seem to be bothered about it. He got better each time. So when we got the cattle gathered and driven down to cross the county road, sure enough there was some running and my young horse handled it and we got the job done. I know if I wouldn’t have prepared as Bill suggested, it would have been a wreck. I have thought about that many times since.

A few years later I had a job preparing young horses for some cutting futurities and also some ranch versatility competitions. I had several people who knew that my background wasn’t really a show background ask me would I have to sacrifice my horsemanship for showing. My answer to them was, “I hope not.”

As a matter of fact, I think it made me more sure than ever. The challenge that I faced was to not let the pressure of showing change me. I believed Bill Dorrance with all my heart and that horses felt that even though I was asking them to do something they had never done, they felt me being confident, and that made all the difference to them.

There is nothing wrong with putting a little pressure on a horse as long as there is a solid foundation to fall back on when he gets a little lost. What good is a rubber band if you never stretch it? I think the same thing about some of these exercises we do with the horse all the time. A real job, or a make-believe one, such as a competition, gives it all a new purpose and meaning.

Now, I have been around cowboys who said they would never show a horse until they had him perfect and knew they would win. Now, the chances of this happening are pretty slim unless they go somewhere and they are the only ones entered. Even though their horse was prepared perfectly, they were not. Competition does things to the human. We are not the same riders we are at home alone, and our horses feel it. How do you get prepared? As the saying goes, “Just do it.”

Now you are learning this from someone who has lived it and who has trouble with it, but I know it. Whether I will be able to conquer it or not, I’m not sure. But I am glad that competing has given me the chance to expose myself in that way. It helps me better understand what the horse must be feeling.

If you think you and your horse have a good thing going, take him away from home or give him a job and if things are right at home, they will be even better away from home. If he isn’t better, good for you, you found out what was really going on at home. 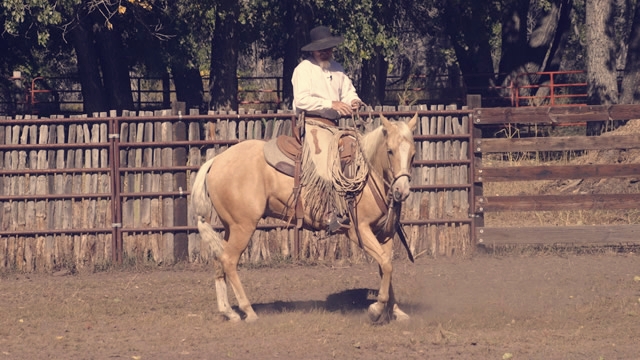 Backing a Circle as Turnaround Preparation