A Day WIth Tom Dorrance

No longer available through our Mercantile. A few copies available directly from Margaret Dorrance. Click Here.

A Day with Tom Dorrance was originally filmed for the television show Horseworld, hosted by Larry Mahan. Besides sitting down to visit Tom about riding and training, Horseworld brought Tom a number of different horses and horse problems to solve. This two part video is the entire, mostly unedited footage of everything that was recorded that special day. It was time well spent.

Tom: “When I was born, I was very small and wasn’t expected to live. But I slept good and ate good and I’m still around. So I didn’t have a lot of power to manhandle a horse; still don’t. Don’t even try.”

Larry: “So your approach was to do what?”

Tom: “Try to find out a way that I could present myself to the horse or to be understandable to the horse. Instead of having an end to a turmoil, I’d try to work things out so that the horse would be happy and I would be happy. I found out that when that gets to working, they’ll work their heart out for you. I’m not a believer in punishment or to get the horse to respond.”

Tom Dorrance’s Basic Riding Exercise
Tom’s basic riding exercise is designed to help the rider learn how to present himself to the horse. As the rider begins to feel for the horse and improve the timing of the aids, the horse learns to feel back to the rider and begins to offer lightness in return. As always with Tom, this exercise is done with the idea that less is more.

One many poems Tom recites:
When you’re breaking out a bronco
Better get him slicker broke
For he’ll have to try it
Sometime when it isn’t any joke.
When the wind begins a blowin’
Til it slaps his mane and tail
And the big black cloud’s a comin’
Full of lightning rain and hail.
You know if you get off him
He will likely pull away
So you trot in the saddle
And you’re hopin’ that you’ll stay.
But your horse he starts to buckin’
When you get it halfway on
While your sleeves and arms are tangled
Then he throws ya and he’s gone.
Your slicker’s torn n’ busted
And the wind has took your hat
And you see your horse and saddle
Go a driftin’ down the flat.
Bout the time you get a nighty
Aand you don’t forget it pal
Better slicker break a bronco
In a mighty good corral.
-Bruce Kiskaddon-

Doesn’t Like to be Cinched
Tom is presented with a warmblood gelding that will paw and bite at a person as they try to tighten the girth. A simple technique from Tom demonstrates how this mindset can be quickly and effectively changed so that the horse does not feel punished. This method is demonstrated as a team effort and as an individual skill.

Problem Shoeing
Oftentimes, something has been building for awhile. It’s there, but the person hasn’t seen it. When a person starts to recognize what happens before what happens, happens, that’s where the inner depth comes in, according to Tom. Here we see a mare that was abused for not standing for the farrier. She has developed a habit of rearing and pulling away in order to defend herself. Watch as Tom and Larry work to gain this mare’s trust and build relaxation.

Part Two
Doesn’t Like to be Tied
Many horses have the habit of pawing, jigging or calling out to other horses when tied at the trailer. A few pebbles are all that’s needed for Tom to redirect the horse’s attention and begin to change his pattern.

Won’t Stand Still for Mounting
They say to ride a slow horse fast and a fast horse slow. But when a fast horse is ridden fast, you may end up having more on your plate than you bargained for. Tom instructs Larry as he rides an anxious, forward mare. Her previous barrel horse training had done little to calm her nerves. Under Tom’s careful eye, Larry begins to present himself to her in a way that she can trust and understand. Soon, she’s willing to wait for him to mount.

Feeling Down to the Feet
It is not uncommon to hear that a broke horse purchased at auction comes home to a family, only to become unrideable and unmanageable a short time later. In this case, the horse shows that he is bothered when the rider takes a hold of the reins by raising his head and opening his mouth. Tom teaches Larry how to wait for the feet and present things so that the horse feels like he’s pushing into his own pressure. Often it takes the human to change the pattern they are presenting to the horse, so that the horse can make the change.

Closing Interview
Tom: “Every now and again somebody asks me, ‘what’s the difference between horses and mules?’ … Or what I think there is. And the best answer I’ve been able to come up with is that a mule and a horse are the same only the mule is more so. I never saw a stubborn mule, but I’ve seen a mule shut down for awhile to try to give the person time to figure out what the person should be doing. I’ve watched that a lot during my lifetime, and that’s just about as true a picture as I can try to describe. And when you think about it, a lot of people don’t want to listen to it. But if they think about it, maybe next week or sometime later they might chuckle about it and begin to see what I meant.”

I’d like to ride down memory’s lane
Together you and I
And sing the songs we used to sing
In pleasant days gone by.
Our thoughts will bloom like flowers
And we’ll gather every one
We’ll laugh at things we used to
The joyous things we’ve done.
And then someday
If God is good
Perhaps beneath the sky
Hand in hand we’ll ride once more
Together you and I.

2 reviews for A Day WIth Tom Dorrance 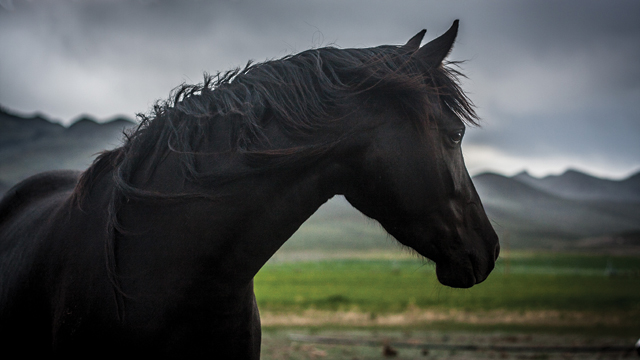