Nuno Oliveira began his riding career with maestro Jonquin Gonzales de Miranda, Master of the Horse to the King of Portugal. In the 1940’s he opened his own riding school and soon became an international name in the world of classical equitation. The book emphasizes lightness and harmony, reflecting a deep love and respect for the horse. Times change but classical principles remain. Translated by Phyllis Field. Audio book read by Sara Morsey.

As Sylvia Loch said in her book “Dressage: The Art of Classical Riding,” Nuno Oliveira was “a man who could bring magical steps out of the most ordinary horse, a man who rode like a king, so that his horses carried him like a king.”

The audio version of Reflections on Equestrian Art was produced through agreement with the publishers J. A. Allen, an imprint of Robert Hale Ltd, London. 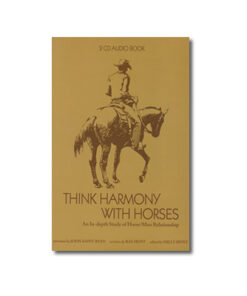